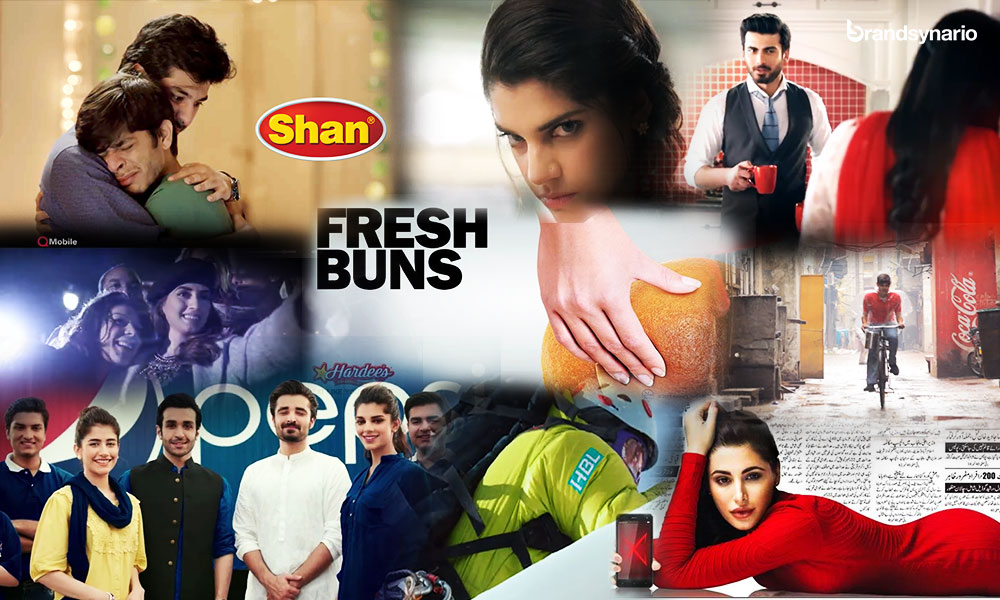 We’ve all witnessed a fair share of diverse reactions to advertisements throughout the year. From ads inspiring social network memes to the most ads making rounds on the internet for good or bad.

These are the viral ads which according to us were good enough to make it onto our shortlist, in no particular order:

This particular advert had most of the expats’ tear ducts flowing non-stop,  yet on a lighter side gave rise to many a memes on the internet mainly because of the lead’s Shahrukh Khan-esque hiccupy acting. It conveyed the peaked emotions which were quite relatable. Well done, the creative team at Ogilvy & Mather Pakistan. Still in the news, this ill-fated print ad of Nargis Fakhri endorsing Mobilink Jazz X became viral but not in a way preferable by any brand. Playing on Mobilink’s trouble, Ufone checkmated the game with a hilarious spoof garenering appreciation from the social community.

Hardee’s advertising agency aims to shock the sensibilities of the viewers from the get go. The Hardees ads to nobody’s surprise, reigned discussions and debates and managed to remain viral. Have a look yourselves:

The TVC is refreshingly funny, under the direction of Ahsan Rahim, where it takes a domestic quarrel and turns it into a full-fledged fight scene with the wife (Sanam Saeed) beating up her alarmed husband (Mikaal Zulfiqar) for interrogating her about the bills. Ufone Hisaab SMS takes the non-violent route and informs the consumer without them even inquiring. Good show.

IAL Saatchi and Saatchi’s simplistic approach for this particular campaign is laudable. They have combined all of the ingredients that make a good TVC campaign; great looking pair of leads and a strong relatable storyline. The moment when Fawad Khan turns around makes our hearts drop to our feet and we’re won over.

This advert was quickly released to jump on the cricket season bandwagon and to cheer on the Pakistani team featuring Javed Miandad reminiscing the 1992 world cup. Soho Square and sharp image did a commendable job with Strings producing the music for the cricket world cup song for 2015.

Novella by Candyland has executed its ad campaigns as perfectly as they possibly could. So far, they have launched two versions of the ad where a couple connecting with Novella and a father-daughter relationship is showcased. Manhattan Communications has successfully been able to depict how Novella brings people together. Bravo!

Primarily, Lighting Up Lives was a campaign designed for the Holy month of Ramadan to propagate a message of coming together to help ‘light up the lives’ of the less privileged. They perfectly utilize the product to literally to light up.The advertising agency behind this campaign was Walter.

The ad pays tribute to the first and the only Pakistani woman Samina Baig who climbed Mount Everest to propagate a message of nothing is impossible and follow your dreams. The HBL tagline at the end reinforces the entire gist of the TVC with ‘Jahan Khwab, wahan HBL.” 10/10 for great execution!

How can you not hate and resist the temptation of watching the guy with golden locks who endearingly charms a lady with ‘Axcuse me, aap bhi?’ and manages to get away with it?

This has been a great year for Waseem Hassan as he earned fame with his ultra-ridiculous ads but did the trick – he became an internet sensation and is still continuing to shoot ads.

Did we miss out on any viral ad from the year 2015? Tell us your list in the comments below.