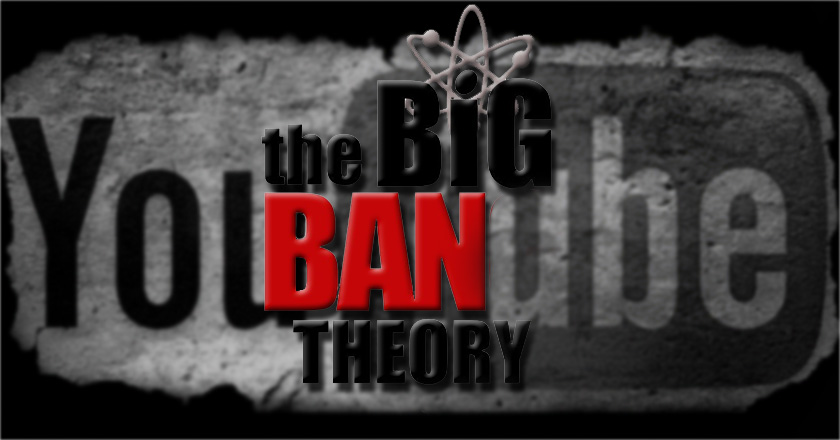 National assembly recently approved that YouTube should be unbanned  – amazing isn’t it? But do not worry; Nothing is going to change, the government’s streak of ‘hollow promises’ shall prevail.

In fact to reassert the irony, National Assembly’s (NA) resolution technically does not have any constitutional value. Yes, these resolutions’ merely symbolizes the collective wishes of the elected leaders of the house.

YouTube was banned on September 2012, on the orders of Supreme Court, & Pakistan Telecom Authority (PTA) held the key after the lock up of YouTube.

So why does the National Assembly pass these resolutions? Well, what else they will do to kill time? Its not like they have a country to fix. Therefore they pass bills mandating TV Channels to play Azaans in the middle of their indecent programs.

We, Pakistanis, have this one very persistent quality – ‘We Just Don’t Care’. We didn’t care when somehow the arch rivals, Americans and Talibans, started killing Pakistanis in their war, we didn’t care when our currency got half priced in less than five years and neither did we care when we started importing what we once exported.

So, what do Pakistanis care about?

Well, for starters we care about Kashmir. Don’t be fooled, not the people – we care about including the land in our map – As if all the 796,095 km² of Pakistan we have had for the last 67 years, had suddenly fallen inadequate for our innate corruption, infamous mismanagement and historic pride over our glorious past that once ‘was’.

Rest assured, we stand equal in this guilt as we do in the level of idiocy with our twin-state, India. Both the countries and their governments are fighting for their pride not for the people of Kashmir, had that been the case the decision had been simple – “let the Kashmiris live in peace, we both have enough lands to rule”

It is said, that Independent authorities have confirmed that the overall intellect, the intelligence quotient (IQ) level, around the world has declined dramatically. On a broader scale, it explains everything the world is doing today, let alone the activities of our country’s National Assembly these days.

As for the Pakistan Telecommunication Authority

Well, Dear PTA, I wish to assure you that banning YouTube was perhaps your most futile endeavor. Did you actually think you can filter out information on the Internet?

The pity is that you make us watch Hum, GEO, URDU1 and even some senseless Indian channels courtesy of some private cable operators, contributing impeccably in deteriorating the overall national intellect.

Who would deny that some of these shows can be proven to be absolutely retarded, on every academic and intellectual level? That the shows you make us watch have absolutely no artistic value to them? What happened to your self-proclaimed ‘moral obligations’ now?

I apologize for coming across rude but honestly “Surf safely! This website is not available” is perhaps the most annoying couple of sentences, Pakistani have come to find in the last year.

We all know why you did it, you did it under political influence, and then you covered it up with religious coating. Whatever the reason may have been, For God’s sake it is time now, Pakistanis have missed enough already.

The third most visited website worldwide was banned due to some controversial content that does not even equal 0.16% to the total religious and educational content that was also once viewed actively.

Six of the country’s universities hosted their own educational channels on YouTube that had a total hit-count of over 13 million.

More importantly your act of banning gave more promotion to the amateur, unskillful and publicity seeking bunch that made that blasphemous and foolish piece of cinematic garbage.

A country banning the world’s largest video hosting website had to make headlines worldwide and it surely did. Didn’t you think of that? Even more importantly the profane content is still available on numerous unbanned websites, tis the irony of this.

Dear PTA, we have missed a lot in the last year due to the lack of YouTube. Please stop trying to be like most-respected neighbor China, if they ban something (well almost every international sensation from Facebook to Google) have national alternatives to that, you don’t!

Banning YouTube is not helping in any way to anyone. If anything it is keeping us some educational videos, online lectures from international universities, a lot of amazing videos, millions of religious information, inspiring and thought provoking channels.

From Gangam style and Water jet packs to Miley Cyrus’ hilarious performances recently, we have a lot to catch up with. Pakistanis love Cricket and those videos they make comparing Indian and Pakistani Cricketers. And who can forget to mention those jaw dropping ‘collection of clips’ that we all used to watch, from amazing sport incidents to amazing skills of people around the globe.

YouTube is merely a tool; you don’t keep a tool away from a child FOREVER just because he can harm himself from it. You make him learn, if you care about the child so much you make sure the child uses the tool to create something beneficial for himself and for those around him. You let him choose for himself.

And the last time I checked we still had that Freedom of choice. Didn’t we?