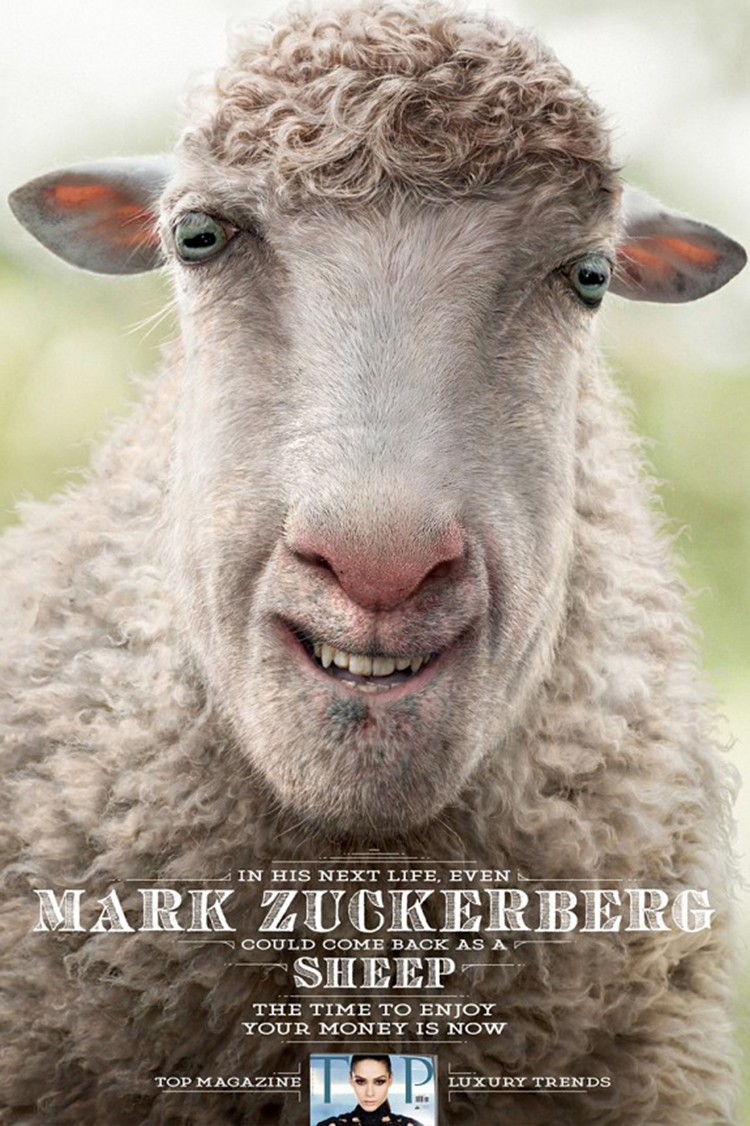 A campaign for Top Magazine created by AlmapBBDO Brasil. The Brazilian luxury magazine TOP wants to help rich people spend their money wisely before it’s too late. That’s the message it’s pushing in a new ad campaign that imagines what some of the world’s wealthiest people would look like if they were re-incarnated as animals instead of the successful, cash-carrying humans they are in this life.