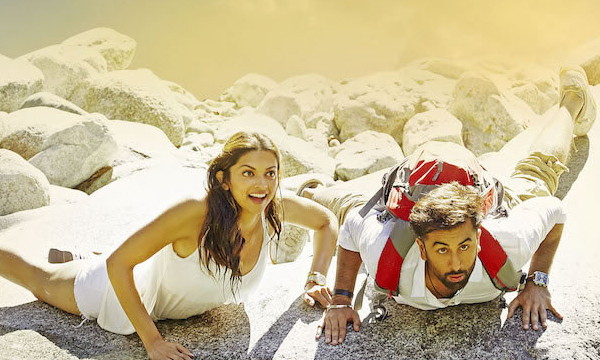 2015 saw many Bollywood movie releases. While some movies rocked and others flopped, their songs are what made 2015 memorable. We Pakistanis love music and none of us miss the chance to dance to the latest tracks from across the border!

From the slow and romantic ‘Gerua’ to the upbeat ‘DJ Waley Babu’, here are the most popular Indian songs of 2015.

Scroll down to see if your favorites are on the list!

Mohit Chauhan, A.R Rahman and Imtiaz Ali have formed an enviable combination right from Rockstar days. Matargashti is peppy and had a mischievous ring to it.

The song hit the chart thanks to the Dubsmash videos made by people all over the world. Music has been composed by Himesh Reshammiya and the song is sung by Palak Muchhal. The lyrics for this song starring Salman Khan and Sonam Kapoor are penned by Irshad Kamil.

Sung and reimagined by Honey Singh from the 1990 hit, “Dheere Dheere Se” featured Hrithik Roshan and Sonam Kapoor in the video.

Salman Khan sure has some singing prowess up his sleeves. After crooning Hangover in Kick, yet again he came out with a gem in Hero. The title track rocked while the film bombed at the box-office.

Hamari Adhuri Kahani had some soothing melodies with Hasi sung and composed by Ami Mishra.

The song which serves as an entry song for Deepika’s character ‘Mastani’ in the film, is choreographed by none other than Remo D’Souza. Sung by Shreya Ghoshal, the song is a mesmerizing and soulful track.

Gabbar is Back – Teri Meri Kahani

Arijit Singh’s high notes and Akshay Kumar’s brief but the adorable romance with Kareena Kapoor made this song an interesting watch.

Starring Varun Dhawan and Shraddha Kapoor, Sun Saathiya is a slow soulful track, coupled with some beautiful dance steps by the actors.

This is one of the most popular party songs of 2015. It was sung by rapper Badshah and Aastha Gill.

Are your favorites missing? What songs should we add to this list?