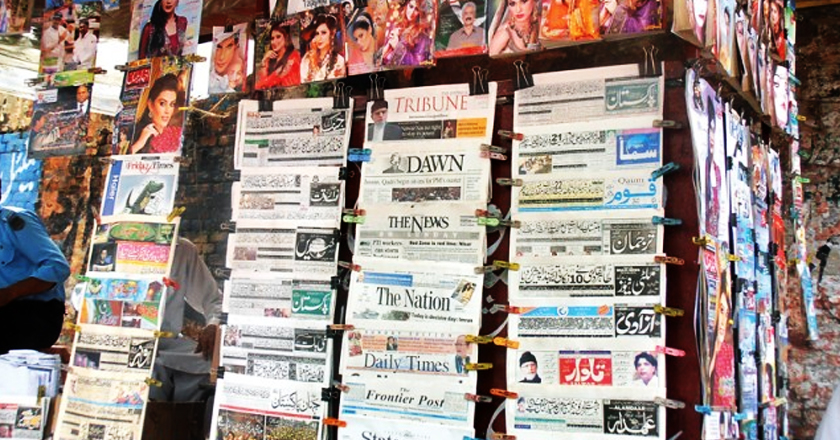 Media Track Pakistan, the media monitoring and research organization responsible for the collection and compilation of data from all forms of advertisement, has released the data for the total expenditure made by the country’s leading advertising agencies on print media advertising, i.e. advertisements in newspapers, magazines, and journals.

Similar to the OOH Media Analysis by the same team, the data has been collected from leading newspapers and magazines, such as DAWN, Jang, The News, The Express Tribune, and Nawa-e-Waqt, and the findings are not only astonishing, considering the money involved, but are also surprising with respect to the leading players involved in this exercide.

Here, Brandsynario looks at the Print Media Advertising stats for the year 2014.

• Out of the Rs. 11.1 Billion, about 0.4 Billion rupees were spent on Weekly and Monthly magazine publications.

• Perhaps surprisingly, the education sector are the chief spenders, followed by Construction companies and the banking sector.

• The Government of Punjab has the biggest hand in print advertisements and is the highest spender amongst all the provincial governments.

As previously stated, the education sector is the leading spender in print advertisement, with educational institutes spending 14.0% of the total expenditure, followed by construction companies with 13.5% and the banking sector with 11.0%. Government of Punjab (4.9%), Federal Government (4.4%), Garments/Lawns (3.9%), and Government of Sindh (2.1%) make up the top spenders.

The top advertisers in terms of the volume of their publications, are as follows:

The leading print media brands for the year 2014 are as follows:

• Of all the print advertisements, the percentage of English ads and Urdu ads was 47 and 53 respectively.

• The breakdown of advertisements in newspapers is as follows:

• Jang, Express, Nawa-e-Waqt, and Khabrain are the leading Urdu newspapers for 2014, while Akhbar-e-Jahan and Family are the two main Urdu magazines in terms of the volume of published print ads.

• Dawn, The News, The Express Tribune, and Business Recorder are the main English newspapers, with SHE and Herald the leading English magazines for print advertisements.

• August and December were the busiest months comprising of 24% (or 12% each) of the total expenditure, followed by November with 11%. January, February, and May saw the least activity with 5% each.

Out of the 198 active players in this category, Bahria Town and DAMAC Properties lead the way with 13% and 11% of the total expenditure, followed by Emaar Pakistan (7%) and DHA (6%).

52 Banks were active participants in print media advertisements during the year 2014, with Muslim Commercial Bank (MCB) leading the way with a staggering 19% of the total expenditure. MCB is the highest spender in the private sector. Habib Bank Limited is next on the list with 8% followed by The Bank of Punjab, Bank Islami Ltd., and Meezan Bank with 6% each.