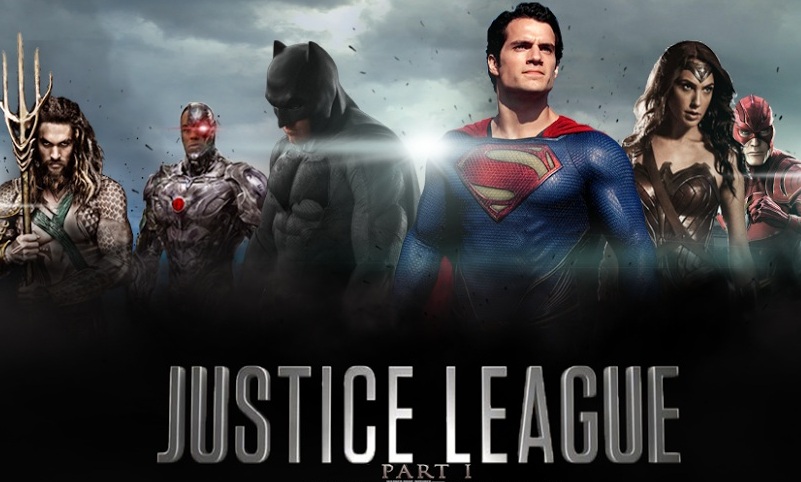 The year 2016 hasn’t left a memorable taste in our mouths in terms of  Hollywood movies and memorable stories. But it has provided producers a platform to carry on from the critical bombs 2016 had to swallow, to be much more efficient in 2017.

However, the upcoming year promises to be packed with big blockbusters, and entertaining stories that would hopefully, live long in folklore.

These are the top 10 movies you should mark on your calendar to watch and enjoy in the year 2017.

23 Best Horror Movies of All Time: A Must-Watch List for Halloween!

Set up in the backdrop of the 1970s rather than the 1930s era of previous King Kong movies, Kong: Skull Island is brand-new take on the origins of the giant, catastrophic and intimidating ape.  A group of discoverers and military personnel head over to an isolated island in search of stranded survivor while also trying to find an all-curing serum. During this search, they run into clues and signs of the hideout of King Kong, and the troubles of their adventure follow them throughout.

With a star-studded ensemble cast of Tom Hiddleston, Bree Larson, John Goodman and Samuel L. Jackson, Kong: Skull Island seems to be an exciting watch, and one to wait for in 2017.

21 years on after the first movie, T2 returns to follow the drug-filled, quirky and amateurish adventures of the four Scottish friends; Spud, Sick Boy, Begbie and Renton. The first movie owed a lot to the popularity of actors like Ewan McGregor and Jonny Lee Miller while the world was introduced to the unconventional but much loved direction and story-telling prowess of Danny Boyle.

Check out the movie’s trailer here.

While the last movie had a very limited budget to enact the Irvine Welsh’s novel, this movie promises a lot, and we should hope that it ends up similar to the last one.

If 2014’s Guardians of the Galaxy and the newly released trailer is to suggest anything, it is that the 2nd installment is set to be another entertainer. With a lot of the cast returning with their immaculate humor, the film is all set to provide a similar yet a more developed story-telling experience, with a face-up with Thanos to be finally expected.

You must check out the movie’s sneak peek here.

Chris Pratt, Dave Bautista reprise their roles in what is set to be another exciting movie in the Marvel franchise.

Anyone who had any doubts and misconceptions of a very young Tom Holland being cast as the much loved web-slinging superhero Spider-Man, is no more in doubt after seeing his performance in 2016’s Captain America: Civil War. Now at the helm of Marvel rather than Sony, Spider-Man: Homecoming is looking to go back and refresh the origins of the nerdy schoolboy Peter Parker. Certainly, the tale will document how the superhero struggles to maintain a balance between his high-school and his crime-saving lives. This movie would also slowly pace his entry further into the Avengers and the next 2018 Avengers movies.

Since Lynda Carter’s first portrayal of the most famous female super-hero in a genre of heroes mostly dominated by men, Wonder Woman’s recent portrayal by Gal Gadot has provided a flurry of excitement among DC fans. This film goes back to the comic book roots of the character that originated during World War 1 and her advent of her super-hero motives.

Check out the trailer of Wonder Women here.

With a talented female director in Patty Jenkins, this film also discovers her birth from her homeland of Themyscira and her people’s culture, while Diana Prince’s adaption to modern humanity to which her and her people were mostly secluded from.

The excitement surrounding a Star Wars franchise movie is like no other. Last year’s Episode 7: The Force Awakens took the entertainment world by storm as it racked up the quickest views to a million on YouTube. It carried on from George Lucas’ legendary 1980s trilogy, with the cast of Harrison Ford, Carrie Fisher and Mark Hamill, along with a new young ensemble as well. Anyone who watched the last movie knows how the last movie’s cliffhanger left them wanting more, hence this is an essential movie to pencil in your movie calendar.

Check out the movie’s trailer here.

This movie may not be the most popular movie on the list, but if Stephen King novels and books are anything to go by, then you are in for some ride. The Dark Tower promises to be an inept adaption to Stephen King’s famous novel. It would be done by the immaculate direction of Ron Howard in which a gunslinger Roland Deschain roams around in an old- western landscape in search of the dark tower in hopes that reaching it will preserve his dying world. The cast includes the talented Idris Elba as Roland, along with the Academy award-winning actor Matthew McConaughey .The tandem of Ron Howard, the cast and Stephen King’s novel seems to be an exciting prospect.

17 years after a relative newbie and a young Australian Hugh Jackman was introduced as the Wolverine in the very first big-picture adaption of the X-Men, Hugh Jackman will dawn the adamantium claws for the last time in the movie Logan.  The actor is stepping away from the franchise for good. Following relative in-steps from the Old-Man Logan comic storyline; the movie follows an old and weakened Wolverine in the recent future, where almost all the mutants are wiped off by the Essex Corps, along with a dying Professor Xavier struggle to survive in the hostile environment.

See the trailer of Logan here.

This year’s Batman vs Superman was undoubtedly one of the movies that fans had waited generations for. From young fans to old, this was the one to savor, the one that had the incentive over the Marvel’s cinematic universe. But what we got in the end was a complete and utter mess of a movie. While the super-heroes and their performances and portrayals weren’t bad, the movie as a whole was a complete disappointment. Even though the disappointment of the hugely popular movie concept was a big blow to DC, it gave birth to the already decided concept of forming the Justice League, something that was never seen on the big screen.

Check out the trailer of Justice League here.

Seeing all of the mainstream super-heroes coming together seems like an eye-watering prospect. The hope that fans attach with the movie this time round is that it is proper, good movie that has a good story, an efficient structure and proper direction.

You know you’re going to get a brilliant watch when you find out Christopher Nolan is at the helm. With his last movie Interstellar being a relatively less-critically lauded movie as his previous projects, Christopher Nolan picks up the camera again in 2017 for a World War 2 adaption movie “Dunkirk”.

Check out its trailer here.

The movie follows the actual 1940 incident of the battle of Dunkirk where the British forces embarked on a mission to evacuate troubled Allied forces in Dunkirk, France against Nazi Germany. The movie has a star-studded cast of Peaky Blinder’s Cillian Murphy and Tom Hardy.

Some movies that you may also look forward to that failed to make the list include Blade Runner 2049, Power Rangers, Pirates of the Caribbean: Dead Men Tell No Tales, It, Beauty and The Beast, Fast 8, John Wick Chapter 2, Unforgettable.

What movie are you looking forward to in 2017?  Let us know in the comments below.