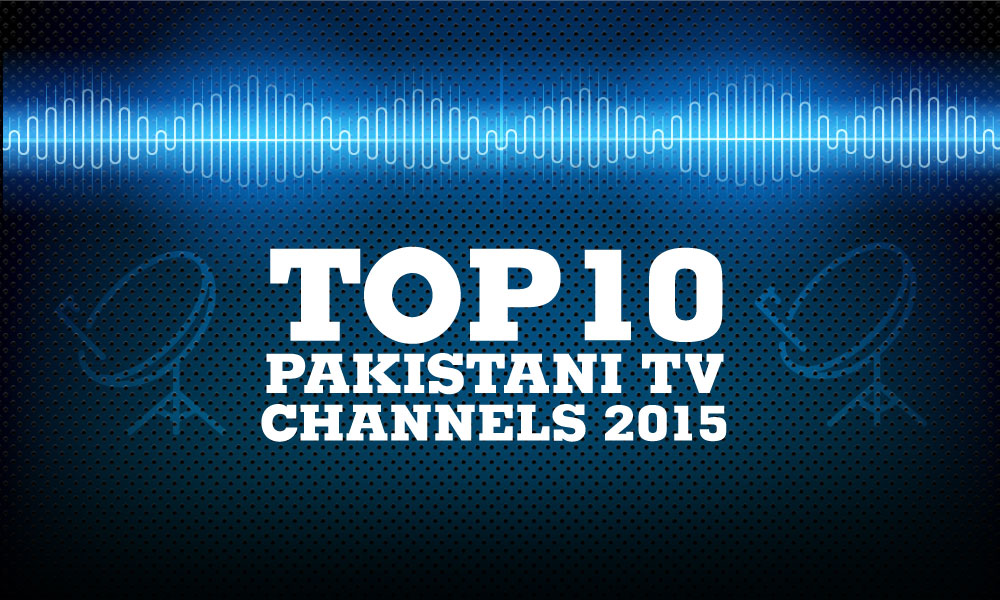 With rumours of BOL network almost getting shut down to ARY network taking over; with Nadia Khan making a comeback to the morning show arena on GEO TV to the blasphemy controversy associated with Shahista Wahidi, the Pakistani media landscape has undergone some interesting happenings this year.

Due to the onslaught of a diverse genre of shows at the plethora of different TV channels on air, the competition to stay on top is intense and hence we decided to assess the Pakistani Media (TV) industry based on the rating points (TRPs).

According to the ratings shared by Kantar (Media Logic) ARY Digital received a viewership of 0.6, followed by Urdu 1 and HUM TV respectively. Consequently, TRPs of GEO Entertainment, GEO Kahani and SAMAA TV achieved a mark of 0.4.

Let’s take a look at Pakistan’s Top 10 Pakistani TV Channels based on their TRP for the month of September 2015, as reported by Kantar Media (Media Logic). Owing to its unique content, ARY Digital reins the rating charts for September 2015. ARY Digital kept its most popular content integral such as Good Morning Pakistan hosted by Nida Yasir along with Jeeto Pakistan where Fahad Mustafa ruled.

In addition, the colourful character of Faysal Quraishi in Rung Laaga, the enticing story- line of Aitraaz and the recently showcased Big Boss 9 further added to the channel’s success.

Statistics by Kantar Media reveal that Urdu 1 brags a mighty rating of 0.5. Being Pakistan’s popular entertainment channel, it topped the primetime ratings by surpassing the other drama channels with its latest Turkish drama “Kala Paisa Pyaar”.

Exclusive content like Jaago Pakistani Jaago, hosted by the ever-popular Sanam Jung, along with a new series Sangat, Kaisay Tum Se Kahoon, Dayar-e-Dil and Tumahary Siwa also appealed the masses and contributed to the popularity of HUM TV.