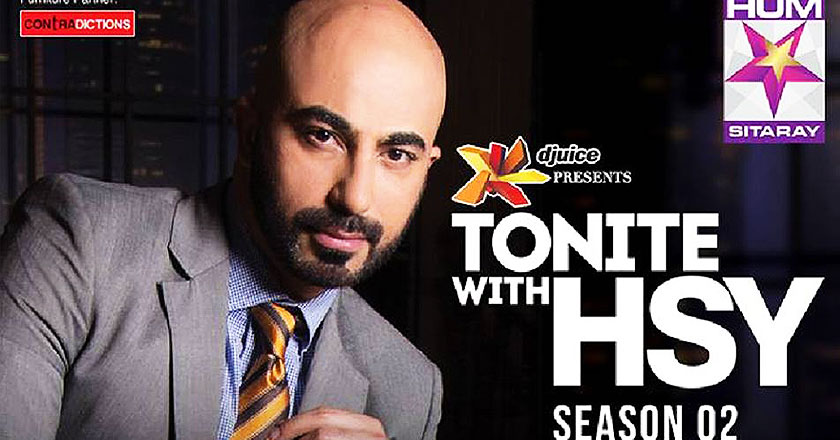 After the successful premiere of the 1st season of the show, HSY is all set to dazzle audiences with Season 2 of the late night show “Tonite with HSY”. The show has now started airing nationwide from 21st February, 9:10 pm on HUM Sitaray Channel. The first comeback episode of the show featured Sanam Jung and Imran Abbas. Imran Abbas talked about his Bollywood debut and Sanam Jung discussed the actual facts behind the rumors about her getting married.

In his years of being a fashion designer, HSY’s pioneering role has been of significant influence, working to shape the course of the Pakistani fashion industry and to create new professional benchmarks through his fashion design, innovative fashion marketing and promotion, with screening of the second season of the new venture, he campaigns to make a new benchmark and give talk shows in Pakistan a new meaning.