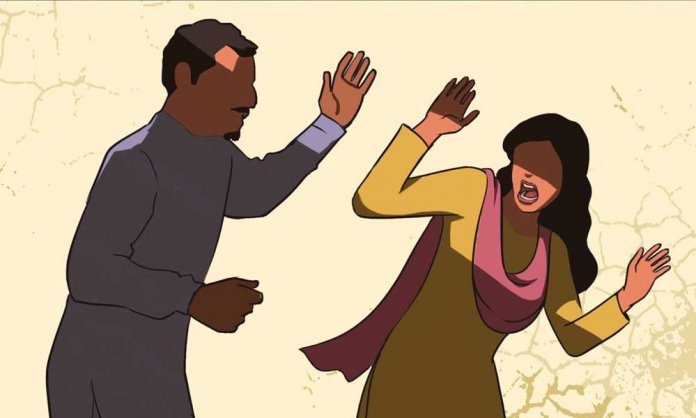 The Federal Ministry of Law and Justice in collaboration with The European Union Delegation to Pakistan and SOC FILMS release two short films to raise awareness against the practice of ‘honor-killing’.

Gender-Based Violence is sadly one of the most widespread and devastating human rights violations in the world –  a cause and a consequence of gender inequality. Earlier this November, to commemorate the International Day for the Elimination of Violence Against Women, The Federal Ministry of Law and Justice in collaboration with The European Union Delegation and SOC Films launched 2 films as part of the #TimeForRealHonour campaign to raise awareness highlighting the existing legislative framework against the practice of ‘honor-based killings’.

In an effort to engage with a wider and more diverse community about the Pakistan Government’s efforts to ensure that honor killing is eradicated from Pakistan, the first film, a Public Service Message [PSA], highlights this deeply sensitive issue:

In a nondescript neighborhood in a town, the father of a young school girl believes his daughter has brought dishonor to his family. Plagued by gossiping locals in his neighborhood, who tell him the consequences of her actions and how he would be the one bringing shame dishonor to their community, tragedy soon follows when he realizes that he got it so badly wrong:

A murder is a murder even if done in the name of honor.

The PSA can be viewed at:

The second film is released under SOC Films’ AAGAHI [a public service campaign which aims to educate women about their legal rights in Pakistan]:

An estimated 1000 plus women are murdered under the pretext of ‘honour’ in Pakistan every year. Despite stringent legislation, including the existing honour killing law of 2016, the practice still continues.

The tenth animated short from SOC Films’ AAGAHI series highlights the legislative laws against ‘honour killing’ according to the constitution of Pakistan, with a step by step guide about the laws and resources available for survivors and families alike. The video includes contact information for various helplines and counseling services and legal support services available to women affected by ‘honour’ crime in Pakistan.

The short animation film can be viewed at:

The Federal Ministry of Law and Justice and The European Union Delegation to Pakistan, as part of #TimeForRealHonour, is further collaborating with SOC Films for their Mobile Cinema Project where SOC Films will be taking Aagahi and the PSA to showcase in different cities, towns, and villages across Pakistan, with an aim to educate not just the families and individuals, but also the law enforcement agencies, about the legal rights and legal procedures, and to initiate conversations around honor killing.

For more information about the collaboration, please visit: http://www.delpak.ec.europa.eu/ http://www.molaw.gov.pk