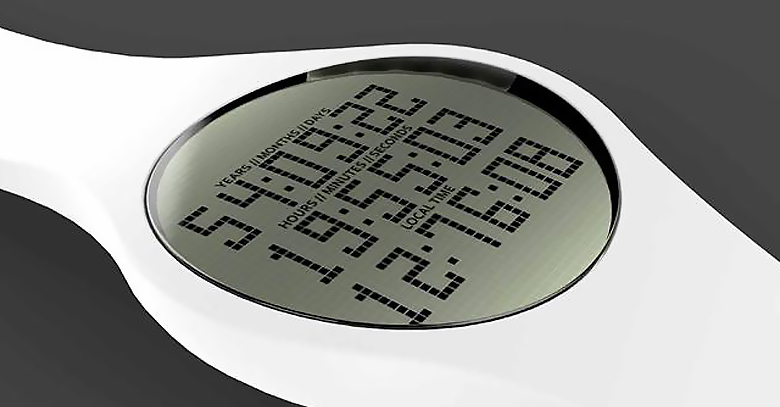 In an effort to help people realize how valuable their time is Fredrik Colting has created ‘Tikker’, a watch that counts down the years, months and even seconds remaining until the wearer’s death. The watch is designed to encourage people pursue their dreams and live their lives to the fullest.

“While death is nonnegotiable, life isn’t. The good news is that life is what you make of it – and it can be beautiful!” the official Tikker website notes. “That’s why we’ve created Tikker, the death watch that counts down your life, just so you can make every second count.”

The website explains that the interested parties only needs to fill out a survey, then deduct their present age from the results. After which Tikker will begin the countdown to the owners dying day. A relatively horrific scenario but it hasn’t stopped customers to storm in and purchase this gadget as the company has sold out its first set of watches.

“I think we can have a better life, and make better choices, if we are more aware of our upcoming expiration. It gives us perspective — the little stuff suddenly doesn’t seem so important anymore. That’s why I see Tikker as a happiness watch” said Fredrik Colting on Mashable.com.

Tikker is now being termed as the ‘Death watch’ on many forums but the Swedish inventor believes it is a motivator for everyone out there to get on with their lives by going out and doing what they love because their time is running out faster than they planned.