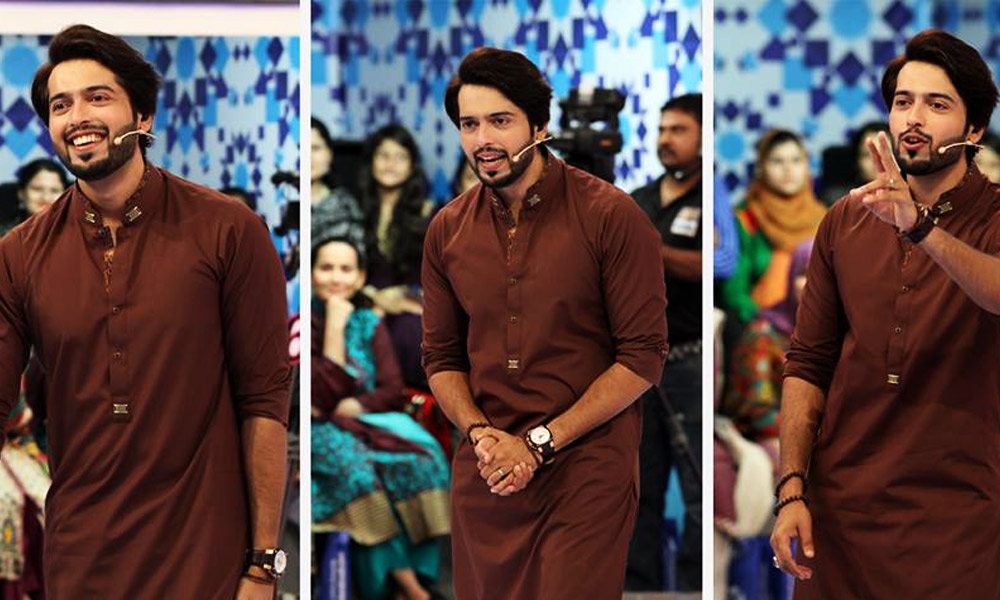 Usually, people think that if you are born in a celebrity family then you’ll have a kick start career in the showbiz. Well, that’s not true for Fahad Mustafa’s success story.

The talented and well known Pakistani star, Fahad Mustafa’s journey in the industry started as a struggling actor and  with sheer determination and hard work, the actor/host/producer is now one of the most recognized stars of our entertainment industry.

He has become a household name which wasn’t an easy feat; with many talented stars already fighting for it. To win hearts of people and to get recognized in this glamorous showbiz world, the son of famous Sindhi actor Salahuddin Tunio had to burn a lot more than just the midnight oil.

Have a look at 3 big turning points of Fahad Mustafa’s Life:

1. The Role of a Transgender in ARY Digital’s Drama – ‘Veena’ Fahad started his career back in 2002 in a drama serial ‘Sheeshay Ka Mahal’, but his career took flight from Atif Hussain’s ‘Veena’ where he performed a role of a transgender. With his remarkable and exemplary performance, he impressed everyone and this break took him to new heights of fame. From here on, he did a series of  successful plays including  Main Abdul Qadir Hoon’, ‘Kankar’, ‘Koi Nahin Apna’, ‘Daagh’ and ‘Dusri Biwi’. The ace actor gave his career a successful jolt as the host of ARY Digital’s biggest game show’ Jeeto Pakistan’. Not only did he do an exceptionally well  job as a host but was able to make a special place in everyone’s hearts. The versatile actor has the  turned out as a fantastic entertainer  in the show where he calls every woman ‘Aunty ji’ and dances with kids on his signature move Thiki Thiki. His polite and respectful behavior has distinguished him from many other game show hosts. One of the wisest choices he made was to make a debut with Nabeel Qureshi’s  ‘ Na Maloom Afraad’ –  a movies that has proved that this talented actor have the potential to enter the film industry as well.

Breaking the records of the box office, the film was a success and a pride to Pakistani film industry.

The stunning actor has endorsed various brands and currently has a big film ‘Mah-e- Meer’ by Sarmad Sehbai, where the actor plays as a poet along with beautiful Iman Ali.

We wish him all the success for his future endeavors.