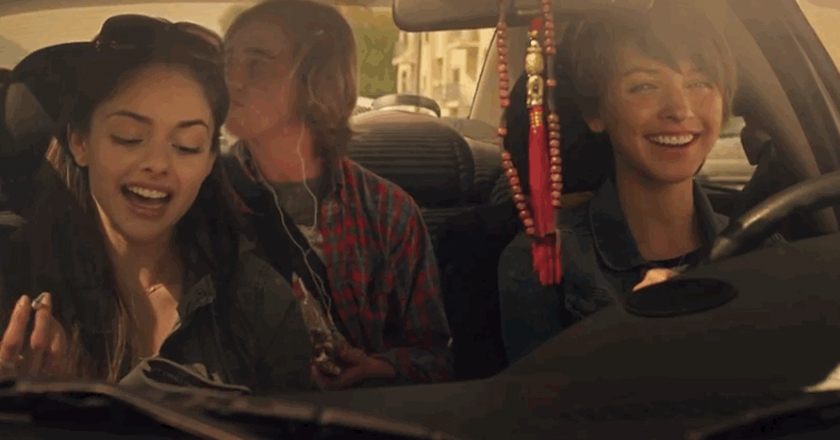 Most of the young people, teenagers and young adults, who are able to drive flaunt about their “talent” of texting while driving. Little do they know about the deadly consequences of this act.

To alarm such youngsters, USA like other countries, Britain, Mexico and Australia has also come up with a Public Service Announcement that addresses the issue of the hazards of texting during driving.

This bone-chilling commercial which has been made for the National Highway Traffic Safety Administration is an effort by the Tombras Group, an American based advertising agency.

The ad starts with three youngsters going for a ride and sharing light moments together. The driver laughs and talks with those in the car and casually gets her phone to read and reply to a text message and misses a Stop sign only to be “T-Boned” by a speeding truck which sends the car flying in the air.

This moment in the advertisement will definitely give goosebumps because the point when the truck hits is showed in a slow motion depicting pieces of glass fly away with the shoes worn by the passengers and the air bag bursting giving a horrifying visualization.

The car ends up being thrown and rolling away from the road into an empty area. The ad ends with on officer regretting that if he had caught her texting, he might have ticketed her and the trio might have survived.

The idea behind the campaign is very simple: U drive. U text. U pay. It follows with the hashtag of #justdrive to focus solely on driving instead of texting while doing it.

The campaign comes at the right time of National Distracted Driving Awareness Month in the country. According to distraction.gov, 70% of young drivers have either sent or read a text message while steering the wheel.

This will encourage the young adult drivers to refrain from using their phones while driving because they not only put their own lives on stake but others’ as well.