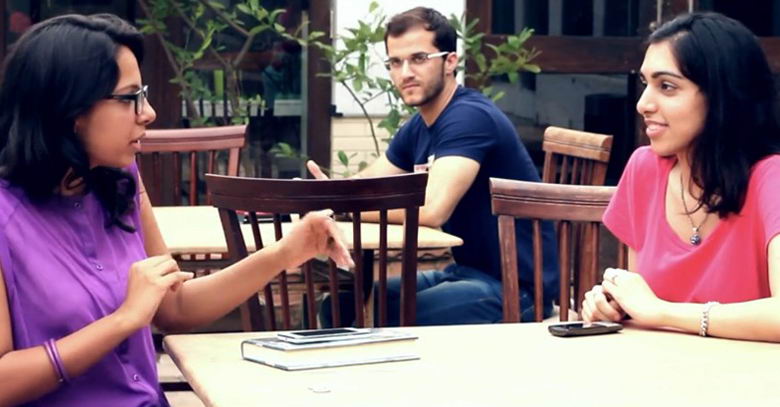 According to a an involuntary research conducted by unsuspecting people standing on a street, 90% of men exhibit a strange habit of dutifully staring at woman as they pass by. The other 9% men either don’t have a female in their vicinity or are under the hawk-like gaze of their wives.

This leaves us with the 1% who will not be offended by the campaign this article is going to discuss.

To highlight the stinginess of the above mentioned social stigma, a Pakistani community service that aims to perpetuates social awareness ‘Kuch Khaas’ has launched a campaign, named “Nazrein Neechay”.

Nazrein Neechay is a social media movement to spread awareness that “staring is not a ‘passing by’ compliment you give to a woman, nor has it ever gotten any man anything. It is actually a cheap act of social privacy invasion of your fellow human beings, who at least, deserve to be respected if nothing more.”

The reasons for the social epidemic, locally known as “Poondi”, are still not conclusive. However psychologists widely believe that it is the social carnal deprivation that results in this level of desperation.

Kuch Khaas’s campaign, on a more serious note, is a good gesture towards social reform on basic moral levels. As the company’s aim clearly mentions it is their eventual goal to become the leaders of social change in the country.

Kuch Khaas is a not-for-profit social enterprise comprising of a community space for public discourse, the pursuit of knowledge, meaningful entertainment, civic engagement and advocacy in the city of Islamabad.