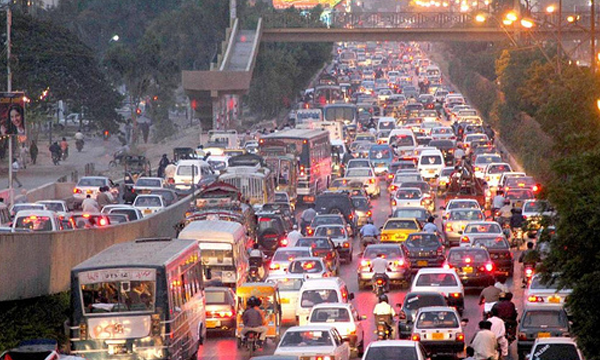 Last night in Karachi, citizens became victims to a horrible traffic jam in the town. People were puzzled that what could possibly result in a massive hold up all over the city. Seems like it was the rainwater build-up and development work in the metropolis that became a hurdle for a smooth flow of traffic.

Following reasons led to the traffic congestion in various areas of the city.

Seems like the traffic jam situation is likely to prevail for next few days in the town! Karachiities need to brace themselves for a similar roadblock even today.

Meanwhile, the citizens were furious over the dire traffic block, many of them stuck as long as 6 hours on the roads.

Here is to hoping that Karachi witnesses a smooth traffic despite the development going on in various areas.