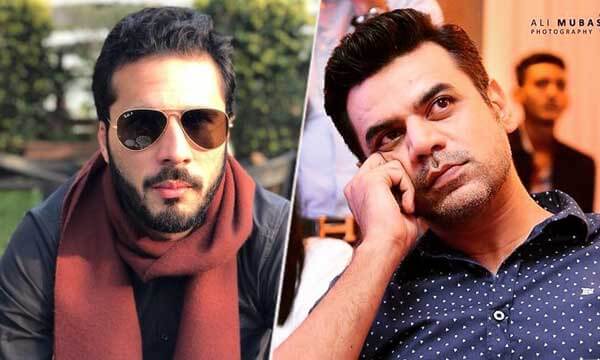 Apart from its ensemble cast, the much-anticipated movie of 2019 ‘The Legend of Maula Jutt’ is also making headlines due to the controversy over violation of copyrights with the producer of Maula Jatt 1979, Sarwar Bhatti.

However, this controversy has taken a new turn after Imran Khan’s nephew, Barrister Hassaan Niazi took to Twitter, saying that only Sarwar Bhatti reserves the right over the movie and Bilal Lashari tried to take away his property by force.

Breaking-plz RT against mafia.Sarwar Bhatti the maker of original “Maula Jutt” given the certificate of ownership TODAY. Only Sarwar sb has right over the movie HE HIMSELF MADE.Bilal Lashari tried to take away his ‘property’ BY FORCE. Court has given restraining order agnst Bilal pic.twitter.com/1gwJ5BOCAm

He also posted the picture of the Certificate of Registration of Trade Mark from Government of Pakistan The Trade Marks Registry, dated 22/01/2018.

Hassaan Niazi also tagged Vasay Chaudhry in this Twitter post along with some other celebrities including Ali Zafar, Mawra Hocane, Faysal Quraishi and Fahad Mustafa.

Things heated up when Vasay Chaudhry, the writer, and actor of JPNA 2, asked Hassaan Niazi to refrain from tagging him in such posts that have nothing to do with him, following a chain of furious tweets from both sides.

Here’s what he responded!

Mr Niazi,please refrain from tagging me in tweets that have nothing to do with me,Thanks

After this reply from Vasay, Hassaan blamed him for not having the courage to speak the truth in fear of getting controversial, saying he should not behave like ‘deaf and dumb’!

Im afraid it has very much to do with you. You are part of the industry and should not behave like deaf n dumb. Have courage to speak truth and know truth. Apologies If I tagged someone who ‘fears’ to get controversial

This tweet from Hassaan Niazi further ignited the heat and Vasay Chaudhry tried to school him in his next tweet!

Mr.Niazi your choice of words speaks highly of your manners.Forget lecturing me,first go and fix your derogatory opinion that you have abt the "deaf n dumb" people.Secondly,Beta learn to fight your cases in courts,not on Twitter 🙂
God bless you.

As ugly as it can be, Hassaan Niazi went a little personal with Vasay Chaudhry in this war of words and said that keeping a deaf ear to ‘copyright infringement’- money is after all the ‘goal of his life’!

hopefully Bilal will get u in next movie inshallah. All you need to do is keep deaf ear to “copyright infringement” – money 💰is after all the goal of life. Good night. I would not want to engage any further with someone like u who was once someone I actually admired

Although the argument between the two ended here, let’s see if this story is going to take a twist!

Sarwar Bhatti, the CEO of Bahoo Corporation and the producer of Maula Jatt 1979, had challenged the making of The Legend of Maula Jatt claiming it to be the violation of his copyrights.

With its order issued on 07.08.2018, the IP tribunal Lahore made it clear that no violation of the copyright of Sarwar Bhatti has been done by Ammara Hikmat and Bilal Lashari, who jointly own the literary rights needed to produce The Legend of Maula Jatt. However, the only conflict in the copyrights was the usage of the title Maula Jatt alone but the addition of other words to the title doesn’t stop Bilal Lashari and Ammara Hikmat from using it.

FIA had summoned Sarwar Bhatti after a complaint was lodged against him by the Legend of Maula Jatt’s producer, Ammara Hikmat for committing online defamation through cyberstalking and incitement back in December 2018.

Let’s hope for this matter to get resolved prior to the release of The Legend of Maula Jatt. Starring Fawad Khan, Mahira Khan, Hamza Ali Abbasi, and Humaima Malick, it is slated to be released on this Eid-ul-Fitr.

Stay tuned to Brandysnario for more updates and news!