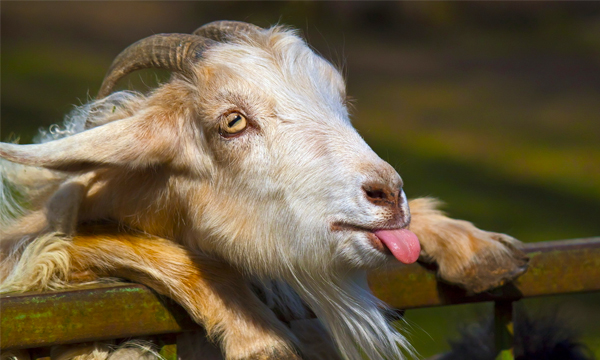 Your bakra might not be on Twitter, but Tweets featuring it have surely made their way on it. As soon as bakra mandi began popping up, the popular social media website was flooded with selfies, videos and pictures of the animals. Here are some of the funniest tweets people shared about bakras.

Meesha Shafi isn’t the only fan of Coke. Watch this bakra chug down two bottles without even coming up for air.

With snapchat so popular, it’s just a matter of time when people start posting pictures of their bakras using the dog filter.

This guy who was clearly fed up with life.

To that guy asking girls to go to bakra mandi, They answered ur call i suppose. #Feminists #BakraEid pic.twitter.com/KrAwOU68V9

This lady who had her priorities in order.

I can't wait for bakra-eid so I can play with all the cute goats and then eat them.

And the lady who just wasn’t impressed.

Bakra Eid is all about a BBQ party & food recipes these days. Where's the sacrifice?

The representative of a mandi on twitter over-estimated his animals.

And the mandi version of liking your own status

The thought on everyone’s mind.

The lady said what everyone was thinking.

This congo virus is very scary. .now I'll be reluctant to take my bakra for stylish walk.. 😐

So can we order Bakra online from daraz.pk this time on Bakra Eid? Hope for 50% off.😂

This lady who just gets it.

Can't wait for bari Eid.
Gonna get my eyebrows done.

The dude who’s all ready to hug it out.

Training in preparation for Eid pic.twitter.com/aEFvwV6Tdg

Have a fantastic Eid!