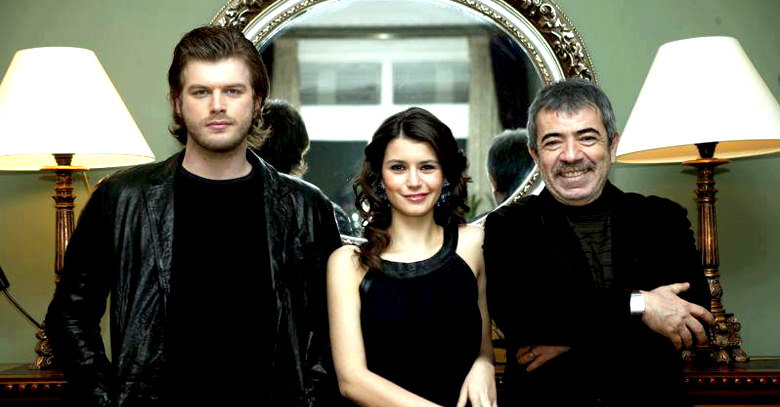 Not long ago, Pakistanis gaped at their television screens as they saw flawless beauties speaking Urdu in a most disturbing manner, with their lips shaping up in an O and the voice-over saying “aap”.

In a time, where drama serials are all about sappy stories of deception and family secrets being exposed, generic themes and few actors, being used like a mopping cloth, spread across the TV drama scene of Pakistan.

The monotony was in all honesty getting on the nerves of some.

With viewers looking for a change and something new and refreshing, on came a channel and did something which some call revolutionary and while others call a shameful act that will damage the market of local Pakistani drama.

A channel called “Urdu 1” suddenly sprung up in 2011. Nobody knew where it came from but it came, it saw and it conquered….”the aunties”.

The ideology they had was to dub different foreign TV shows in Urdu and In a HD like picture quality. They started off with a few Indian and European dramas while keeping intact a few locally produced TV dramas.

The channel soon realized there unique selling proposition (USP) which was Turkish dramas and it was in this category that they excelled in.

From a common understanding of a Pakistani person, Turkey has just about the right level of secularism and fashion trends which a liberal Pakistani would want to be a part of.

In brief, Turkish dramas are a fantasy version of what the viewers would want to be. Another reason for this instantaneous connection to Turkish dramas was the similarity of names, social issues and storylines.

Completely unheard of Turkish dramas, most importantly Ishq-e-Mamnu, attracted the masses like a magnet which left sour taste in the mouths of many local producers. They were seen protesting against TV channel which preferred to air Turkish dramas over their own and most of the bigger firms willing to pay handsomely for commercial airtime on Urdu 1.

The drama Ishq-e-Mamnu is so popular that one if its episode is the only Drama episode of any drama serial in Pakistan that features on the highest viewership charts for a day in 2012.

The trend is now seen to be spread far and wide with more and more Turkish dramas being aired on TV channels like Express Entertainment, Geo Kahani and Geo TV.