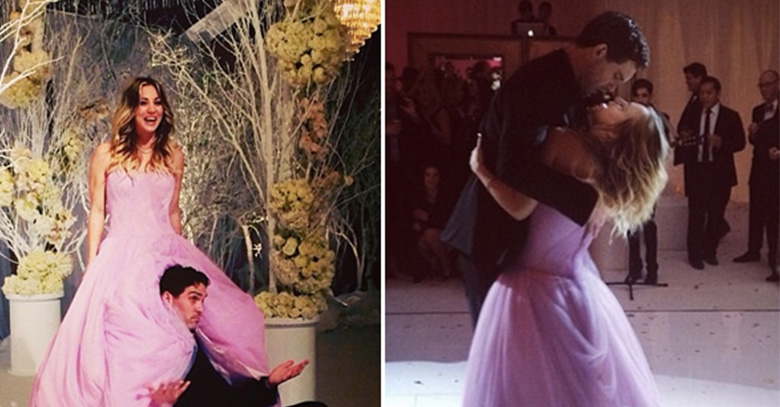 Kaley Cuoco (Penny) kicked off the year with a ‘Big Bang’!

Kaley finally tied the knot for real with her longtime mate Ryan Sweeting celebrating the New Year’s Eve exchanging wedding vows, in a spectacle of a ceremony held at the splendid Hummingbird Nest Ranch in Santa Susana, California.

Kaley Cuoco rose to fame as ‘Penny’, in the famous sitcom Big Bang Theory. The television star at age 28 has married professional tennis player Ryan Sweeting, her love interest for the longest while now.

Have a look at the couple of the hour in their first wedding dance;

Kaley writes in the caption, “Last night I married my sweetheart :)”, wearing the pink Vera Wang she adds “Pink fairy princess gown” and looking up at her man lovingly as they embrace on the dance floor. “life,” she adds, “couldn’t be any sweeter.”

They didi look adorable in their first dance as husband as wife. As it can be seen, the moment was magical and romantic.

Kaley Cuoco rose to fame as ‘Penny’, in the sitcom Big Bang Theory. She got married to tennis player Ryan Sweeting, on 31st December 2013.