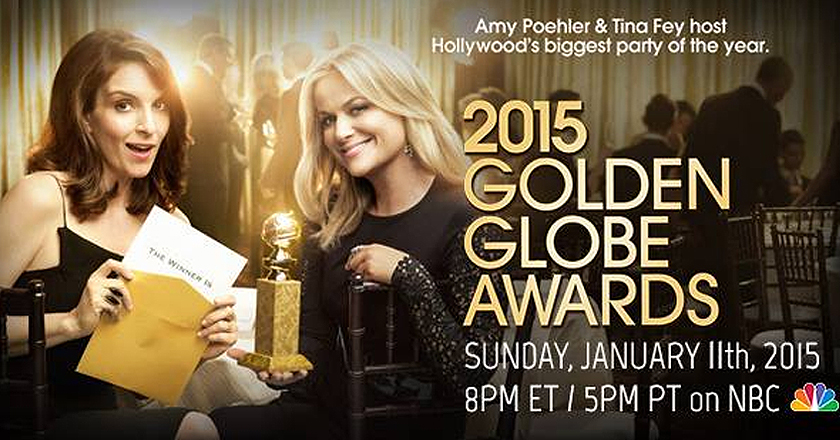 The 72nd Golden Globe Awards were held on January 11th, 2015 in Beverly Hilton Hotel, California and was aired by NBC.

The nominations  for the Golden Globe were announced on 11th December 2014.

The event was hosted by Amy Poehler and Tiny Few consecutively the third and last time and Greer Grammer was the Miss Golden Globe.

The films which won more than one award are The Theory of Everything, Transparent, The Affair, Birdman, Boyhood, Fargo; Boyhood being the only movie to win three Golden Globe Awards.

The following is the list of winners of the Golden Globe Awards 2015:

Best Actor in a Motion Picture-Drama

Eddie Redmayne, “The Theory of Everything”

Best Actor in a Motion Picture- Musical or Comedy

Best Actress in a Motion Picture- Musical or Comedy

“The Theory of Everything,” by Jóhann Jóhannsson

“Glory,” from “Selma,” by John Legend and Common

“How to Train Your Dragon 2″

Best Actor in a Television Series – Musical or Comedy

Best Actress in a Television Series – Musical or Comedy

Best Actor in a Miniseries or Television Film

Best Actress in a Miniseries or Television Film

Best Supporting Actor in a Series, Miniseries, or Television Film

Best Supporting Actress in a Series, Miniseries, or Television Film