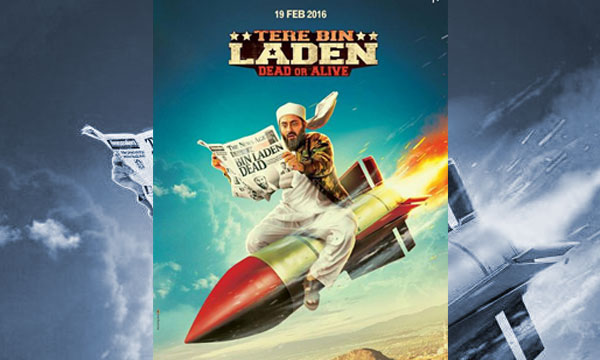 Tere Bin Laden: Dead or Alive trailer is is finally out and seems to be ultra high on comedy. The hilarious take by Bollywood on hunting down Osama Bin Laden will also feature Pakistani singer and rock star Ali Zafar in a special role.

Ali Zafar, who played the lead role in the prequel, has been replaced by the comedy host turned actor ‘Manish Paul’, according to some reports. Directed by Abhishek Sharma, the sequel will be along the same lines as part one which was a hoax on Osama Bin Laden. The film portrayed America’s compulsion with the world’s most-wanted terrorist.

The film’s first look reveals Osama’s apparition on a rocket reading a newspaper with the headline Bin Laden dead. Although the film was banned in Pakistan, the film’s first installment was received well by the audience and critics. However, the reason for Ali Zafar’s presence as a main hero in the movie is still unknown.