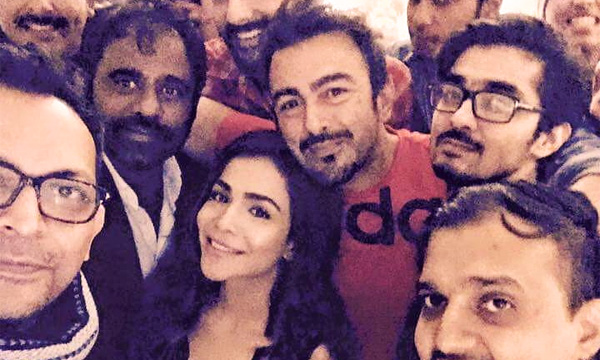 Pakistan’s first and largest branchless banking service and a joint venture of Telenor Pakistan and Tameer Microfinance Bank, Easypaisa announced today that it has entered into an agreement with HKC Entertainment, AAA Motion Pictures and 5th Element productions to sponsor their upcoming film, Arth 2. The film is written and directed by Pakistani veteran Actor/Director Shan Shahid starring himself, Humaima Malick, Mohib Mirza and Introducing Uzma Hassan.

In recent years, the nascent Pakistani Cinema has witnessed an upsurge of refined films, and is unveiling its influence and soft power in the world. The cinemagoers in Pakistan are gradually developing an appetite for Pakistani films and have restored their faith and trust in the Pakistani film industry.

Easypaisa acknowledges the progress the Pakistani Film Industry has made and wishes to support local artists. By sponsoring projects like Arth 2, Easypaisa hopes to set a precedent in the industry for supporting talented artists and their work. The goal is to promote such win-win collaborations, where both the sponsor and the artists benefit from increased awareness and empower them to continue their contributions towards making Motion Pictures an established industry in Pakistan.

Arth 2 is an official remake of the Bollywood classic art film Arth (1982), which was directed by Mahesh Bhatt. Arth 2 will have the same characters, set in modern day, urban Pakistan. The film will feature

Arth 2 will have the same characters, set in modern day, urban Pakistan. The film will feature melodious soundtrack by Sahir Ali Bagga with songs by Rahat Fateh Ali Khan as well. The film was in pre-production for the last 10 months and on 1st December 2015, the first clap was done on the completion of Shaan Shahid’s 25 years as the unmatched Super Star in the industry.

Shaan Shahid (5th Element), writer and director of Arth 2, “I am trying to unlearn as I need to learn more so one must empty to fill again. My experience must be passed on to the new generation as we have so much talent, which will take the industry forward. I am happy and blessed to be able to do what I love doing, ‘making films’.”

Hammad Chaudhry (HKC ENTERTAINMET) said at the occasion, “HKC entertainment has been in the film industry for over 50 years within production and distribution. We are very excited as producers and distributors to see the revival of cinema in Pakistan. Our audiences want to see more and more Pakistani films and we are committed to produce and distribute quality films for them in collaboration with the support of corporate industry.

Appreciating the collaborative efforts of filmmakers and corporate sector, Ali Murtaza (AAA Motion Pictures) said, “Collaboration is the way forward. Cinema industry needs support from big corporate players and their expertise too. Cinema is the ultimate medium engagement, as it is much more conversational for brands than TV. We are extremely happy to see this positive change in the corporate industry and thankful to Easypaisa team for stepping forward.”

The film is expected to hit cinemas in summer 2016; release date will be announced later.