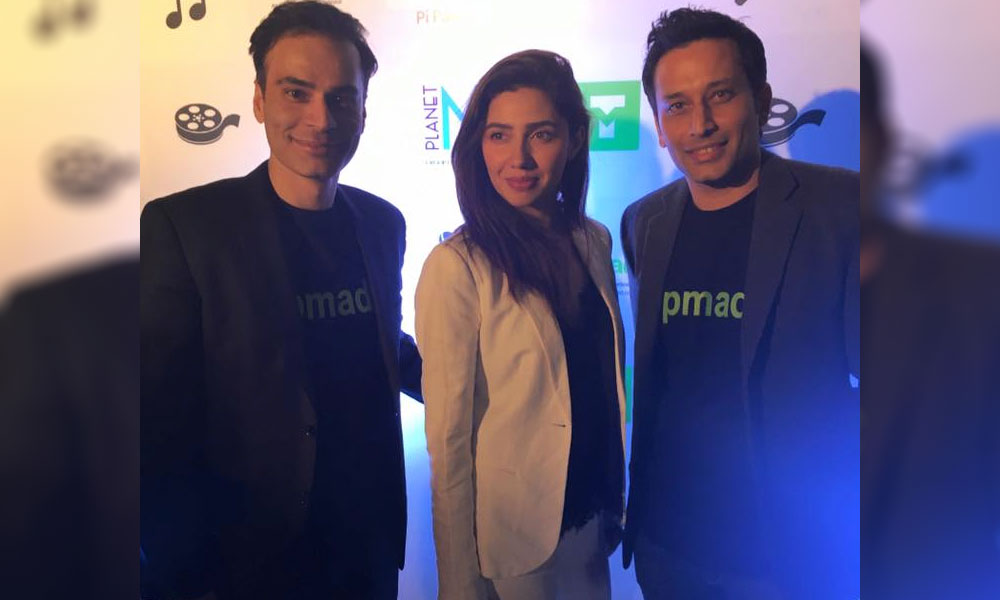 The launch of TapMad TV turned into one of the biggest events of 2017! Not only did CEO Yassir Pasha introduce a magnificent device which provides local on-demand content, he also made sure the red carpet gets graced by the two most loved female celebrities in Pakistan, Mahira Khan and Ayesha Omar.

The event started with cocktails and networking, businessmen, sports buffs, movie fanatics, and music lovers were all having a great time talking about their expectations from the company in the future. The management had also set up a TapMad museum in which individuals were given a tutorial of how the device operates, and much more. TapMad TV is a free Android and iOS application that has addressed all your entertainment needs. The app comes with over 140 local and international TV channels, so you can stream LIVE television, wherever you are! Additionally, hundreds of dramas, movies, music and videos can now be watched with just a tap on your cell phone screens.

To understand the device better, we thought it would be best to ask the view of the evening’s host, Ayesha Omar, of what she thinks about the device and how this new concept has driven the IT sector of Pakistan forward. Here’s what she had to say:

Want to know what #tapmadtv is all about? Hear it from @ayesha.m.omar the host of the evening herself 😉 #ayeshaomar #tech #celebrities #tuttifrutti #events

The event then kicked off with Ayesha calling Mr. Pasha on stage to talk about the concept. “So far, people have consumed over 1 million minutes of content on Tapmad TV’s web and app together!”, said Yassir Pasha, the CEO of TapMad TV while briefing the audience about the product in detail during the event. “The app also works as a DVR, and content can be recorded and downloaded to be watched within 7 days.”

Mr. Pasha also announced that the brand is now the official online streaming partner for the Pakistan Super League (PSL) team, Quetta Gladiators. He also added that individuals can replay missed innings, tricky catches, and other details they would like to go over while watching their desired content.

The mystery artist, or should we say mentalist, Shaheer Khan, absolutely blew us away by his amazing abilities to read minds! He randomly selected individuals from the audience and asked them to think of numbers, which he had already guessed pre-performance and got it right! He also asked the entire audience to close their eyes and think of two objects they would find outside of their household with ease, and then he surprised everyone by guessing the object we were thinking of- MIND BLOWN!

While Shaheer astonished every single audience member,  Jimmy Khan won the evening with his energetic, fun, and passion full performances! His voice has everyone in the audience moving and grooving to the beats.

Sara Haider, another amazing singer was also present at the event to cheer on her friend, Jimmy, and joined in on the cheering from the audience!

The entire venue went gaga over the entry of the one and only, Mahira Khan. The gorgeous lady in white was attending the event and became the center of attention.