Home Media / Advertising Tapal vs. ESPRESSO: Who Cares About Coffee or Chai When There Is...
Advertisement 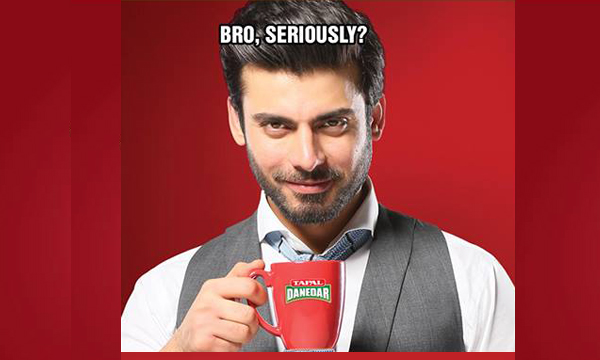 The battle of tea versus coffee has been prevalent in the Subcontinent since forever but with the recent times especially in Pakistan, tea has taken precedence over coffee with the onset of chai dhabbas all across Pakistan, and the chai-addicts present in all families.

But this time, the tea versus coffee battle, has been taken to the next level by the battle between Espresso and Tapal.

As we all know, Tapal’s most recent ad featuring the ever-so-charming Fawad Khan as the husband who makes tea for his tired wife.

It all started when ESPRESSO’s Facebook page decided to poke some fun at Tapal with this post. It was not a direct reference to Tapal, but it certainly gave away way too much information to be a random post. Even the silhouette in the picture reminds of Fawad Khan.

Tapal, being the socially savvy brand that it is had an immediate comeback with this post:

ESPRESSO, on the other hand, took the battle to a more direct level by tagging Tapal. Take a look at this post:

The social media war between the two brands over Tea and coffee is proving to be quite entertaining, quirky and funny for the audiences.

The reactions on social media by other audiences over ESPRESSO’s hit. Take a look at this meme: 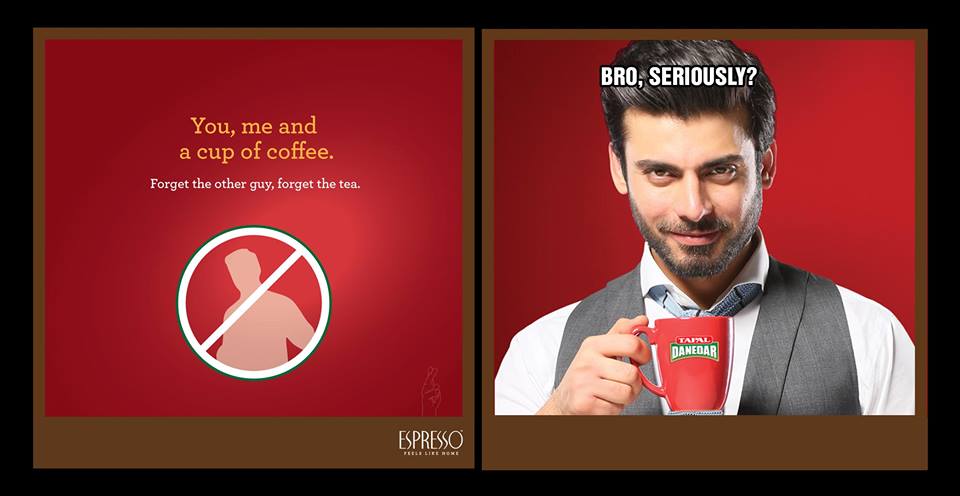 Let’s see how far the tea versus coffee war go.