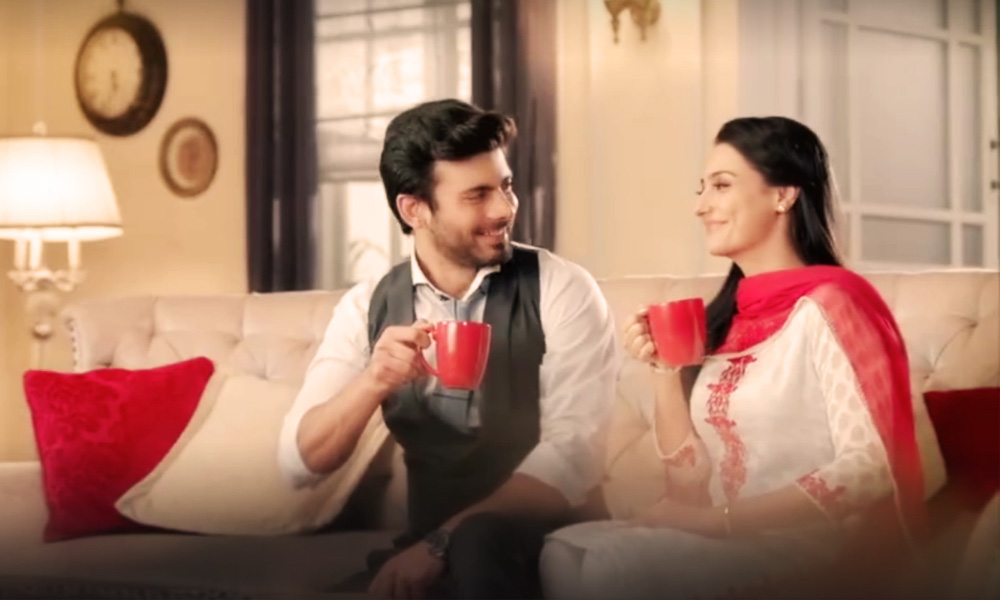 The heartbeat of millions of fans, in both Pakistan and India, have become the new face of Tapal Tea and we are loving it! Being the ultimate tea addict, every other Pakistani treasures tea to have a refreshing and fulfilling day; therefore, the viewers can easily relate with the commercial, and Fawad Khan’s presence tops it all. As for Tapal Danedar, it sure has some enriching flavours!

Conceptualized by IAL Saatchi & Saatchi, this 55-second TVC is a must watch:

The new advertisement will make all of you fall in love with Fawad Khan all over again! The advertisement breaks the stereotype of a wife always cooking for the husband, since in the ad, Fawad Khan makes tea for his tired wife once she returns home from the office.

Let’s see some interesting BTS shots from the Tapal TVC shoot below; Fans of the handsome hunk will sure be glad to see him back on the Pakistani television screens in an entirely different avatar for Tapal Danedar.

As the BTS shots show, Fawad does display his charming self that comes just so naturally to him.