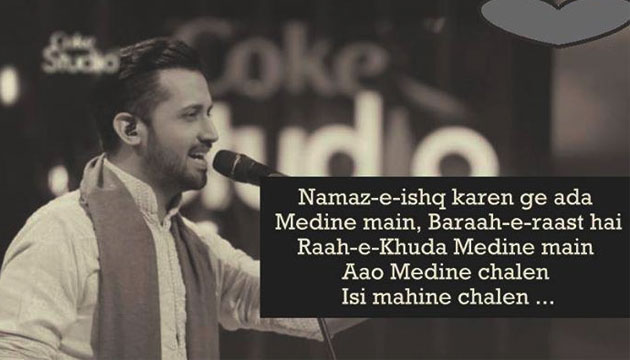 Coke Studio Season 8 kicked off with Atif Aslam’s soulful rendition of Tajdar-e-Haram; the qawwali has become an overnight sensation hitting more than 1.9 mn views on the official video in just 4 days.

Originally composed and read by Sabri brothers, Tajdar-e-Haram (The King of Kaaba) is a 20 minute long Qawwali which has been abbreviated and revolutionized into a 10 minute long brilliant version for Coke Studio season 8 by Strings.

Speaking in the BTS video, Atif Aslam expressed his delight at the chance of dedicating this masterpiece to the legendary Sabri brothers and hoped that his fans would go in depth to understand the true essence of the lyrics.

Needless to say, the video became an instant internet sensation with praise and appreciation flowing in on all social media sites.

See some of the reactions below:

What a tribute to the Sabri Brothers! What a performance by #AtifAslam #TajdareHaram #CokeStudio8 https://t.co/YnQd3QKbRh

What’s beautiful abt #AtifAslam‘s rendition of #TajdareHaram is the obvious reverence he performed with. #CokeStudio8 http://t.co/WPx1UKMZXZ

Never knew #AtifAslam would pull it off that well. You nailed it man! “Tajdar-e-Haram, Coke Studio Season 8” https://t.co/p2IonpjQAS