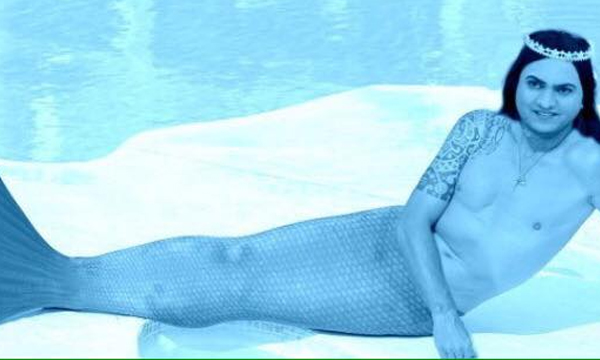 Brace yourself! After the iconic “Eye to Eye” and “Angel” songs, Taher Shah is all set to roll out a new tune “Mermaid”.  After dressing up as a fairy, now the singer will be dressing up as a merman!

The song will be released on 25th December 2016 on Quaid e Azam’s birthday and Christmas. Taher Shah is seemingly planning a New Year treat for his fans.

Don’t believe us! See this leaked image of the singer for yourself here! Shocked? We are too! The image is making rounds on social media and is earning quite some  laughs!

Earlier in the year, he unveiled himself dressed as a purple angel and m ade everyone LOL. Shah went viral beyond our imagination after the release of his songs!. His debut with Eye to Eye garnered quite a reaction, both positive and negative! Since then, his melodies are a must-watch for all.

Watch them both here!

Stay tuned to Brandsynario to catch the first look of his song!