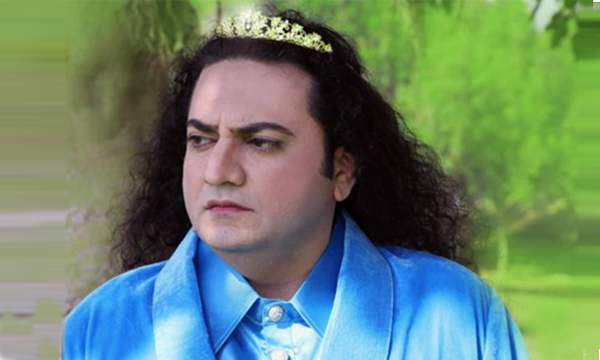 Taher Shah, popular singer, songwriter and composer have been a viral sensation since 2013. The nasal voice singer has garnered thousands of followers and fans on his social media platforms.

The Mankind’s Angel star has currently received death threats while visiting Pakistan and fled the country on Tuesday. The threats started after his debut with a cameo on online film ‘Oye Kuch Kar Guzar’. Mr. Shah was denied protection from the government authorities and therefore decided to leave.

Shocked Twitteratti from Pakistan and India took to social media to express their outrage on the grave issue.

Beautiful Man of Pakistan is forced to leave his Beloved Country..
What bad if Govt. Officer give him one Of his security Car?#TahirShah

Who has threatened Tahir shah and why on earth has someone threatened him?? 😑

Someone stop him. This can be devastating for the world. ⎜ 'Angel' Singer Tahir Shah Leaves Pak After Threat To Life https://t.co/vJnunV1hzs

May God grant strength to Pakistan in this hour of grief, as it is a major blow to Pakistan's entertainment industry.. #tahirshah #angel pic.twitter.com/HGPYh0cgI6

#TahirShah left country after death threats! But who wud want to kill our angel, mankind angel?! How rude! We will miss you!

Tahir Shah gets death threats. If THAT doesnt make him a celebrity dunno wat does

First the dictatorship, than the bad economy, than the terrorism, and now this. LOL #tahirshah https://t.co/vdC7yGxuI4

'EyetoEye' made people blind and 'Angel' forced people to commit suicide…Now poor Tahir Shah has to leave Pakistan…where's the humanity!

It is unfortunate to see the popular singer go. Let’s see when he returns back to Pakistan!