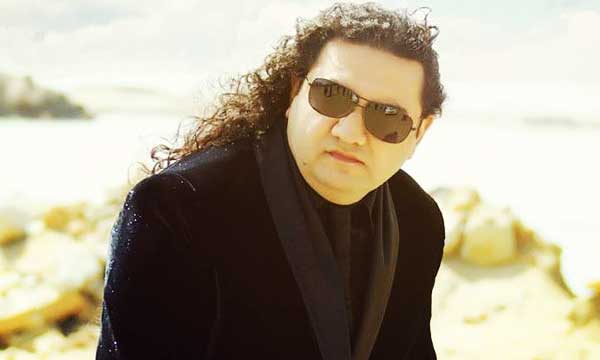 Brace yourselves! Seems like Taher Shah will be breaking the internet on New Year’s eve to give a final touch to an extremely wretched 2016! While the news has been circulating that the Eye-to-Eye singing sensation has fled Pakistan amidst death threats, Shah marked an appearance on social media and announced a surprise for 2017 to the whole world!

Don’t believe us? See for yourself what he Tweeted here!

Shocked? We are too! The tweet is making rounds on social media and is earning quite some  laughs and of course, a few cries as well!  Now we are putting our heads together to wonder what “Humanity Love” will be all about? Will it be a video message or brand new single?

Or will we be seeing Taher Shah as a mermaid as per earlier rumors? It is apparent that the Mankind Angel Taher Shah is upto no good all over again. Previously, his songs Eye to Eye and Angel went viral beyond our imagination. His tunes even garnered quite a reaction in India, both positive and negative! Since then, his melodies are a must-watch for all.

Now Twitterati is already worried what Taher Shah’s New Year Shock Will be like!

Just when we were thinking how 2016 was, ab toh Taher Shah is coming with humanity video on 31st 😂😂😂

Brace yourselves! Mankind angel is back 🙈 #Tahershah

great brother. you deserve a grammy! 😊👍

It isn't over yet. @TaherShahh is releasing a new song tomorrow.

Mr. Narendra Modi will give another speech and Mr. Taher Shah will release a new video tomorrow. We'll finally know who is funnier.

for **** sake don't release anything.

Brace yourselves #TaherShah is going to create a havoc on 31st https://t.co/ERfbsAzwza

With New Year just a day away, Taher Shah is bound to rock the whole of humanity, right at the beginning 2017!