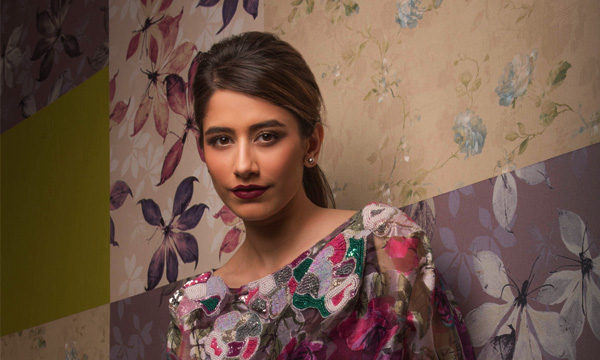 The stunning VJ turned actress and model, Syra Shehroz will soon be making her debut in the Pakistani cinema industry by starring in the romantic comedy, Teri Meri Love Story by Jawad Bashir.

The recently turned mommy got side-tracked from the showbiz world for some time. However, after making her comeback in the showbiz arena, starring against her charismatic husband Shehroz Subzwari in a drama serial, the uber-gorgeous starlet will now be gracing the bigger screen and we just can’t wait! According to Express Tribune, the director has asserted that the movie, Teri Meri Love Story will return him to the genre of romantic comedy, which he is most comfortable with.

Co-written by Jawad Bashir and Ahmed Abdul Rehman, the movie is a pure comedy flick; however the soundtracks are yet to be finalized. The movie’s anticipated release time is April 2016.

Reluctant to dish out the plot details so soon, the director stated that the story is “a romantic comedy about confusions in love”.  The cast includes a wide ensemble of rising and established actors such as Mohib Mirza, Syra Yousuf, Salman Shahid, Uzma Khan, Yasir Hussain and Junaid Khan, the film is anticipated to undertake production later this month.

While talking to Express Tribune, Bashir claimed, “We have finished the pre-production on the movie and will start with the key photography by the end of November.” The movie will be shot in Khanpur, Nathia Gali, Katasraj.

The Pakistani audience adores Syra Shehroz’s dazzling looks and amazing performances in dramas like ‘Mera Naseeb’ and ‘Tanhaiyyan Naye Silsilay’. Let’s hope that Syra keeps entertaining us with her awe-inspiring performances in future as well.

After giving birth to her gorgeous baby girl, Syra made an appearance in the adorable Nestle Cerelac TVC. She has also modeled for Zari Faisal’s Eid Collection 2015 and starred in the latest Pepsi TVC with Feroz Malik.

Teri Meri Love Story is not the only comedy flick that Bashir is currently working on, a script is already finalized for another comedy flick.

Stay tuned to Brandsynario for the latest happenings and updates!