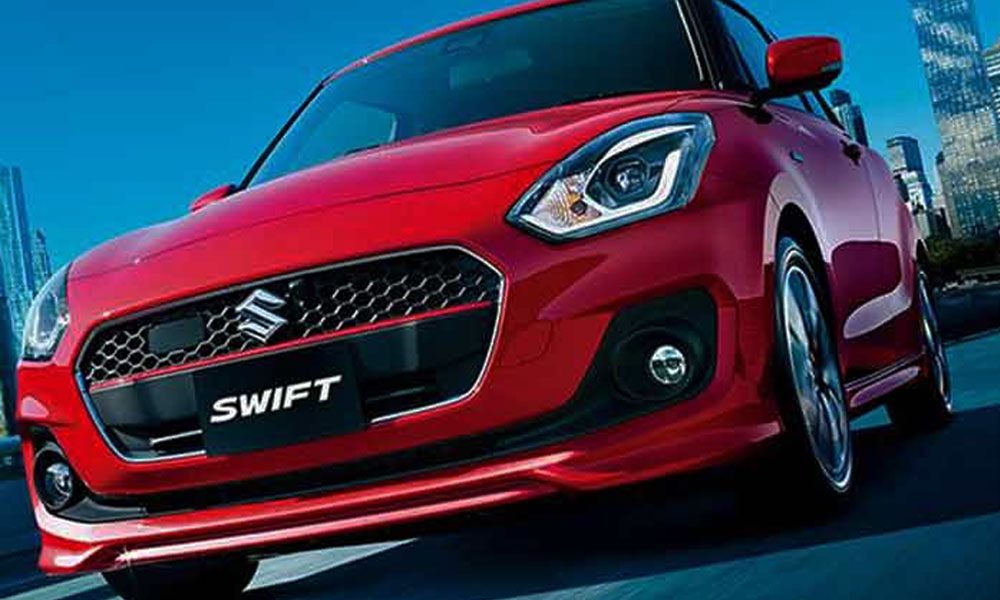 The 2017 Suzuki Swift has been unveiled at the Geneva Motor Show 2017! The hatchback is expected to be launched in India by 2018 and is being expected to be seen in Pakistan soon afterwards.

The car has been revamped as it has received a tech upgrade and a fresh look: The 2017 Suzuki Swift is equipped with an advanced forward detection system that combines a monocular camera and a laser sensor for advanced safety functions, including autonomous emergency braking, lane departure warning and high beam assist. The swift is up to 5% more fuel efficient and uses a millimetre-wave radar to enable adaptive cruise control.

“We achieved this by developing a completely new super light weight body that weighs only 840 kgs, which is 120 kg lighter than the current model. Since the launch of Swift in 2004 as our first global strategic model, the Swift has been our best seller with more than 5.4 million (over fifty lakh) units delivered to customers worldwide.” – Saito The 2017 Swift will boast a turbocharged 1.0L BoosterJet engine (for the Indian model) however, we may see changes in the Pakistani model when it is to launch.