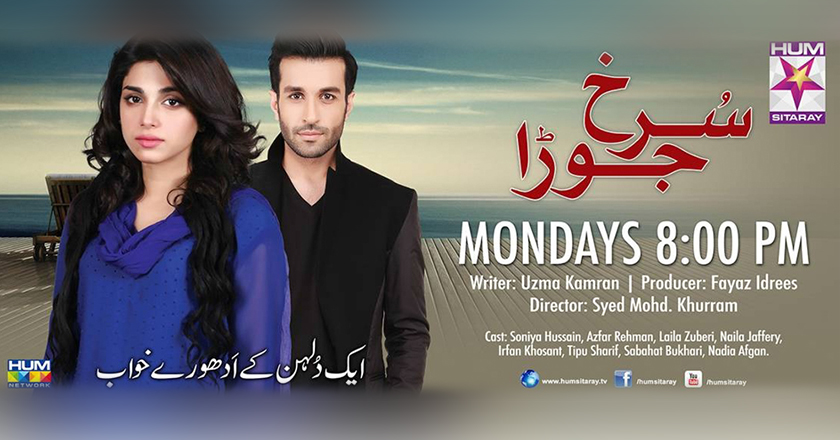 ‘Surkh Jora’ revolves around love, devotion and deceit. The plot highlights the life of Abiha, a simple girl with dreams of a good life. Many are enamored by her, including Roman who meets her by chance, and they get married, with everyone’s consent. But soon, Abiha discovers Roman is nothing like what he had appeared to her.

Behind his impressive personality lurks a male chauvinist who hates girls with progressive ideas. Will Abiha be able to change Roman, or will she have to pay for her mistake?

Watch the OST of the drama below:

OST Surkh Jora By Bilal Manzoor and Ayesha… by viralinpakistan