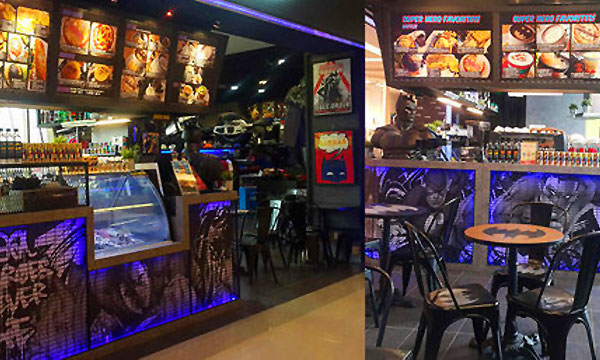 Two of the world’s favorite things – food and super-heroes, have now combined together in a café in Malaysia, which features many franchise characters of the DC Comics. The café, which is part of a massive DC Comics store in the Sunway Putra Mall, Kuala Lumpur, serves a variety of dishes that are named after characters from the DC Comics series.

Check out the pictures of the scrumptious menu:

The cafés in Kuala Lumpur and Johor, licensed to provide official DC Comics merchandise, are owned by JT Network, and will open a location in Singapore in early September too.