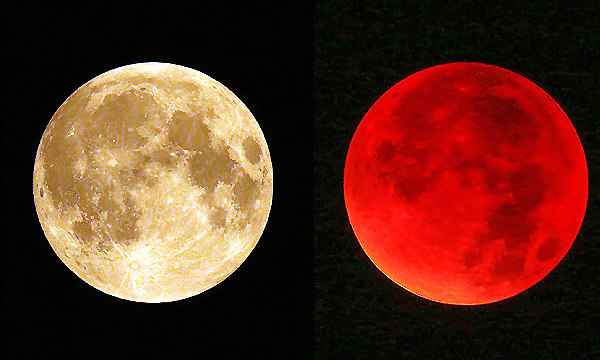 A blood moon is the combination of a lunar eclipse and super moon – this rare astronomical event was observed on Sunday, September 27-28 2015.

Here are the pictures from all around the world doing rounds on the Internet of the moon which appeared to blush red in the Sunday night’s sky.

NASA has assured that there is nothing to worry about, as the blood moon is due to the scatter and refraction of sunlight around the edge of the Earth by the planet’s atmosphere, forming a lush red ring around the surface of the moon.

Share pictures if you also enjoyed the view of Super Moon!