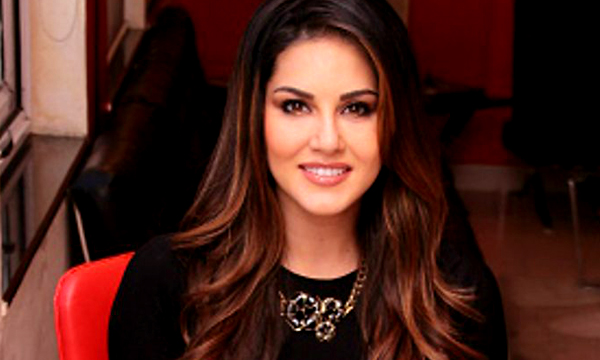 UPDATE: Sunny Leone sure knows how to reply down journalists with class!

The glamorous Bollywood actress, Sunny Leone was called in for an interview by the journalist, Bhupendra Chaubey representing CNN-IBN.

Take a look at the upsetting and visibly disgraceful series of questions posed by the journalist:

Despite being visibly upset and surprised at the repetition of similar demeaning questions, Leone maintained her grace and composure and replied to all the queries assertively.

At one point, the journalist has even gone as far enough to say that a lot of chat is taking place that if you see a Sunny Leone film, you will gt morally corrupted.

The people in Bollywood as well as many prominent Indians obviously reacted to the Interview and showed support for the actress by voicing their concerns on Twitter.

I have become a @SunnyLeone fan after watching her IBN interview… What a graceful & dignified lady.

Appalled by the journalist and his lack of intellect, humanity and respect. Bravo @SunnyLeone in complete support.

One's dignity may be assaulted, vandalized and cruelly mocked, but it can never be taken away unless it is surrendered.@SunnyLeone im a fan!

@SunnyLeone Truly inspired by the grace and dignity you have stood upto to anyone publicly humiliating women in India! Thank you

Once again our favourite rockstar @SunnyLeone handles any question thrown at her with incredible grace and strength!

You aren't a lady unless you have grace.@SunnyLeone well done woman.your grace overtook the idiots crass.

Well done @SunnyLeone keeping it together in the face of opinionated misguided questions👍 #mortifyingjournalism https://t.co/DwsdAFtVxT

Very unfair& rude interview with Sunny Leone on CNN IBN.She is taking it on her chin sportingly,obviously in the interest of her coming film

That was literally NOT an interview.. Just hyper opinionated statements with a question mark at the end!!! No Grace? Chivalry? Ridiculous!

@SunnyLeone respect. Few could have been as composed dignified and classy as you were. 👍👏 you sure showed men it's a woman's world. Boom!

Opinions in the garb of questions. Credit to @SunnyLeone she spoke from the heart despite his mind games. https://t.co/Tl6ji2Adee

.@SunnyLeone also knocks down the silly question on whether Indians form the largest porn-watching audience because of her. (More)

Even Amir Khan reached out to the Most google India celebrity claiming that he would love to work with her:

I think Sunny conductd herself wid a lot of grace & dignity.I wish I cud hav said the same abt the interviewer (1/2) https://t.co/TDDHOlbOUL

Sunny,I wil b happy 2 wrk wid u.I hav absolutely no problems wid ur "past", as the interviewer puts it.Stay https://t.co/jX4V3wULJ8.a.2/2

This really cheered the actress up:

I think my heart just dropped seeing this!! Thank you so much for the support. It means the world and beyond to me! https://t.co/ayZmahPcIr

Wow you just made my whole year saying that! I was just happy you wrote me back 🙂 respect you dearly! 🙂 🙂 🙂 https://t.co/j4lxuVuar8

Kudos to the girl for maintaining her calm throughout the torturous interview!She has recently given a detailed interview