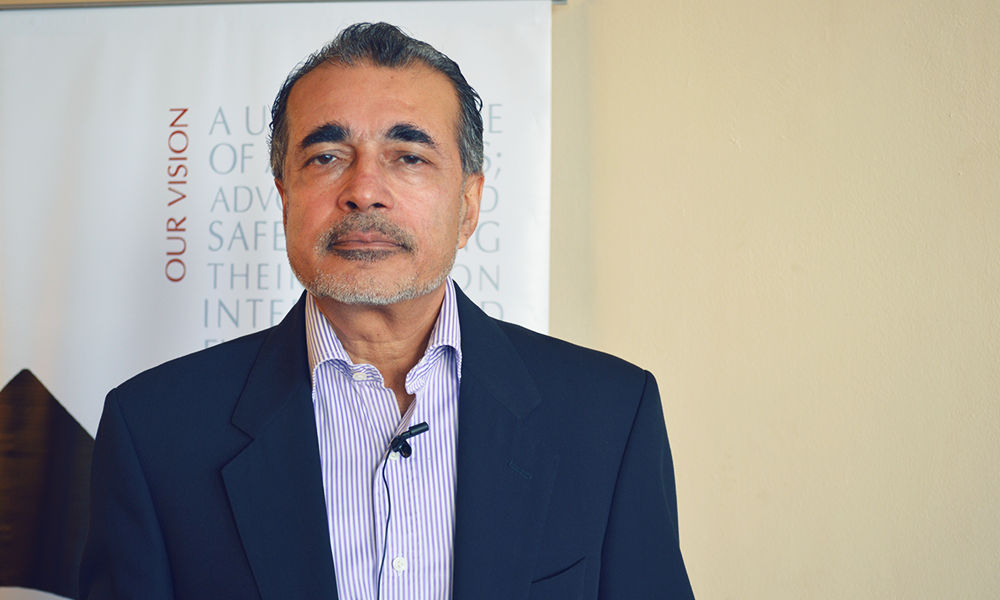 At the jury session for PAS Awards 2016, we caught up with Mr Sunil Gupta who was visiting from India to join the team that will select the top Pakistani brand for 2015. Mr Gupta has a 30-year rich experience in advertising and is currently running his own consultancy in brand communication, Igniva Consulting.

Since the revival of Pakistani cinema, branded content has gained popularity with some examples of brand placement being Cornetto in the film Karachi Se Lahore, Sprite in ‘Dekh Magar Pyar Se” and Coke in Ho Mann Jahan. At times the brand seems to hijack the content and the communication message appears forced on the viewers.

“ Brand placement in communication has always taken place. What needs to be understood is why brands use brand ambassadors and branded content in the first place. “ According to Mr Gupta “ when the brand is thrust in their face it can create a negative effect. Brands need to weave it in as a natural inclusion”. He mentions that research supports that customers actually shy away when brands are aggressively pushed towards them .

In India he sites the example of how Pepsi had creatively used film stars and cricketers as brand endorsers. He emphasises the fact that brands needs to resonate with the audience and the Pepsi ad with Shahrukh and Sachin Tendulkar manages to do just that. “It is important for the narrative to be built around the brand”. The ad below is an example of how this concept was used brilliantly.

THE BRAND VAULE OF PSL

According to Mr Gupta, he doesn’t think that PSL can compete as a brand with IPL given the way it is structured currently.” If the game is played offshore, it will not have as much impact as being in the arena.” Till it’s actually played here in Pakistan it won’t have the same impact.

“For brands to be able to maximize value from sponsoring events like these, it is important for them to engage with their captive audience and not just provide visibility through signage – otherwise they just end up being wallpaper.”

WHAT DO WE NEED TO DO DIFFERENTLY IN PAKISTAN

There is a need for a change in attitude. Mr Gupta stressed on the importance of trying different things – “ you have to have the guts to do something different to stand out”. He cited the example of the recent advertising for lawn brands. According to him all the billboards have the same visuals of women wearing prints. What is missing is the brand association built with them. Fear of not being different usually stems from a sense of insecurity. It is safer to stick to templates that everyone else uses so if something goes wrong you always have an already tried method to refer to. However always being safe sometimes curbs really creative ideas from being risked and tried out.

We have seen many Indian celebrities endorsing local brands including Kareena Kapoor for Faraz Mannan, Katrina Kaif for Lux etc, Sonam Kapoor in Tarang, Shahid Kapoor for Q mobile and the list goes on. However one has rarely seen Pakistani celebrities gracing the billboards in India. With Pakistani film stars gaining popularity through Indian films, Mr Guta expects that this trend will change. He mentions how Ali Zafar has been making waves in India being talented in both singing and acting.

“ Imran Khan had modelled for Cinthol soaps in India. If you have the charisma to make it people will accept ” (watch Imran Khan endorsing the brand in the video interview above )

On asking Mr Gupta if we were to expect more in terms of digital advertising in the near future,” Digital is the biggest buzzword that is used more and understood less. “ Since it is just another medium it is important to know how to use it as allows for more engagement with the customer.”

Data about people has become easily available, and now more individually crafted communication needs to be created that is more engaging as opposed to just putting up a banner ad.

The top brand award is a new category that has been introduced at the PAS Awards this year and Mr Gupta is part of the jury for this category.

Mr Gupta is also a writer having penned down his 23 year journey in the word of advertising in his book ‘Living on the “adge” in Jhande Walan Thompson’. He is also a sports commentator and actor.