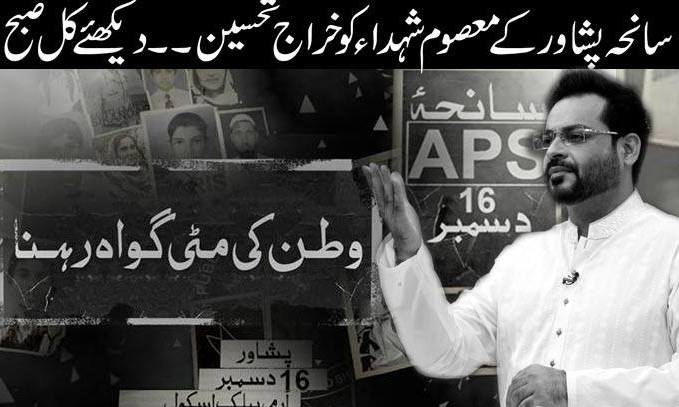 It has been a week since GEO Kahani’s Subh e Pakistan kick started with Aamir Liaquat as the host of the morning show.  Now the nation’s leading televangelist will be paying tribute to the young martyrs of the 2014 Army Public School Attack in a special program tomorrow, December 16, 2015.

Commemorating the one year anniversary of the deadly tragedy that drenched the nation in melancholy, Liaquat’s morning transmission will honor the lost souls and survivors of  Peshawar’s terrorist attack.

With the launch of his morning show on GEO Kahani, the renowned scholar has invited stars like Rahat Fateh Ali Khan, Behroze Subzwari and Meera, vying to snatch the ratings from those already involved in the game.

Like majority of the television channels paying respect to the APS victims on the first anniversary of the catastrophe, GEO Kahani with Aamir Liaquat’s Subh e Pakistan too will be airing an exclusive show.