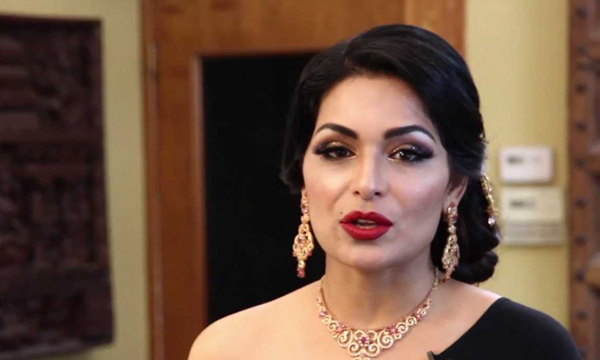 The controversy queen Meera is back on GEO in Dr. Aamir Liaquat’s new show Subh e Pakistan after the dramatic exit from The Nadia Khan Show!

Today’s Subh e Pakistan started off normally with the recitations of the Holy Quran and the singing of the national anthem, but lo and behold! One of the main guests on the show is the actress Meera.

Previously, Meera allegedly left the set of the Nadia Khan Show on Geo TV after beating up the show’s producer! Even more astounding, Meera’s manager has apparently quit, saying he does not want to work with such an actress!

Here is the video of the incident: The reason for Meera’s sudden anger fit is unknown, but Nadia Khan continued her show without the actress. In her usual charming and bubbly way, Nadia turned the situation around, even making fun out of the controversial queen.

Here is how Nadia Khan described the situation:

Allegedly, Meera refused to come out of the car and her manager ran off. When Nadia Khan’s producer went to talk to the actress, apparently Meera attacked the lady and even injured her!

Meera then came onto the set and locked herself up in Nadia Khan’s makeup room and Nadia says she cannot go to the room even though all her personal belongings are there.

Nadia further explains that Geo will definitely be suing Meera and ended the show on an angry note.

Stay tuned to Brandsynario for more on this controversy!