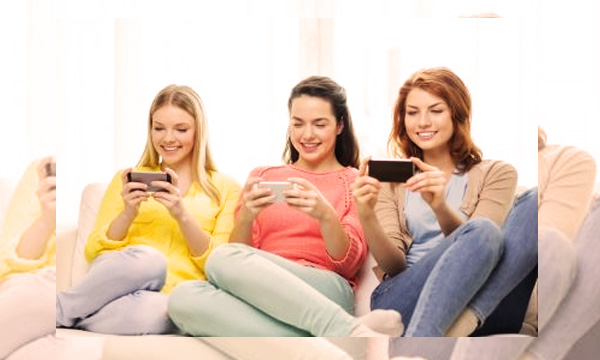 With his high-waisted jeans and sneakers, nobody could have accused Steve Jobs of being a style leader. Posthumously however the Apple founder is becoming an icon of the luxury fashion business as the smartphone technology he pioneered shakes up a sector of the industry initially slow to embrace the Internet.

“Around 50 percent of our sales came from people ordering on smartphones,” Marchetti told AFPTV in an interview at Milan fashion week.

“Frankly speaking, if the iPhone had not been invented that figure would be much lower. So I have to say thank you to Steve Jobs. It is thanks to him that we can do our business.”

The group now headed by Marchetti was created by last year’s merger between his own Yoox.com and London-based but Swiss-owned Net-A-Porter (NAP).

On paper, it was a match made in business heaven but it was not an easy birth: NAP’s founding shareholders were left grumbling about their stakes being undervalued and its American-born creator Natalie Massenet left the new company as the fusion neared completion.

Marchetti meanwhile was acclaimed for having pulled off the deal of a lifetime by persuading NAP’s Swiss owners, Richemont, to allow Yoox to effectively take over a rival that had bigger sales but was struggling to turn a profit.

According to unaudited, Pro-forma figures, the new business had combined sales of 1.7 billion euros in 2015, up 31 percent on 2014.

Marchetti, 47 this year, says YNAP is on the cusp of something much bigger as the industry arrives at a digital tipping point.

“I created Yoox in 1999 and at the time it was quite hard to persuade some designers to be on the Internet,” the art-loving entrepreneur recalled. “Now I can see that the vision I had is getting there”.

“There is a strong convergence between fashion and the Internet, especially through mobile. It has helped a lot and mobile will be the key to the future.”

Online sales currently only account for around five to six percent of top end fashion sales around the world. Analysts estimate that the figure could triple or more inside a decade but nobody really knows how quickly the online revolution will unfold.

Top luxury brands have long been able to command margins in excess of 20 percent, giving them a powerful incentive not to tamper with their business model.

Customers will never want to give up visiting boutiques and being able to see and touch the clothes before they buy them, Marchetti was frequently told when starting out.

That is changing. As well as operating its own sales platforms, Yoox manages in-house online for dozens of brands including Armani, Valentino and Alexander McQueen — an activity that contributes 10 percent of YNAP’s turnover.

But its CEO insists the shutters will not be coming down on designer boutiques.

“I have never been a fanatic,” he said. “I believe in the hybrid model where the physical shops will be helped by online, as is happening now with half the purchases in-shop driven by (research on) the Internet, and vice versa.”

Marchetti believes the next wave of growth will be powered by a new generation of dedicated fashion-retail smartphone apps, something he sees as even more important in the short term than the potential of emerging markets.

“I see something more tomorrow in the smartphone rather than India,” he said.

Marchetti also plays down the “see now, buy now” trend which has seen the likes of Tom Ford offering their new clothes to customers as soon as they are shown on catwalks, rather than making them wait for the appropriate season.

Giorgio Armani is among those to have poured cold water on a trend which, if it took off, could sweep away the system of twice-yearly fashion weeks in Milan and elsewhere linked to the northern hemisphere’s seasons.

“There will be a gradual change but, especially for brands focused on luxury, it will take a longer time,” Marchetti said.

“With a disruptive wave, either you ride or it destroys you,” he said. “Business is not like 30 years ago, everything is consumed more quickly and Yoox saw that coming.”

Israeli-Italian designer Daizy Shely said she had seen interest in her fledgling brand surge after she had a Marabou feather jacket showcased on Net-A-Porter.

And she also embraces smartphone shopping as a consumer. “When you are in a shop in Milan everyone is jumping on you and they won’t leave you alone,” she said.

“My mum loves that but for me, I want to be sitting on my bed alone in an online shop. Whatever I want is arriving to the house like a gift. I think I am addicted to this.”