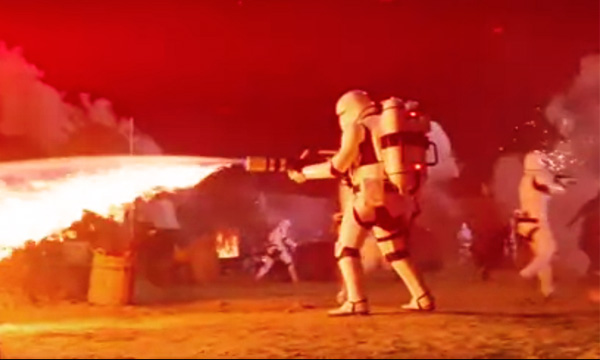 In the latest teaser for Star Wars, John Boyega’s character Finn alludes to having witnessed something dark and atrocious. “You don’t know a thing about me,” he says in the new 30-second TV spot released Wednesday. “What I’ve seen. We all need to run.”

Previous clips have shown Finn taking off a stormtrooper mask, hinting that one he runs away from his previous life as a soldier.

The sum of the teasers also hint that Finn follows a trajectory not unlike that of Luke Skywalker: the unexpected hero, points out “The Hollywood Reporter.”