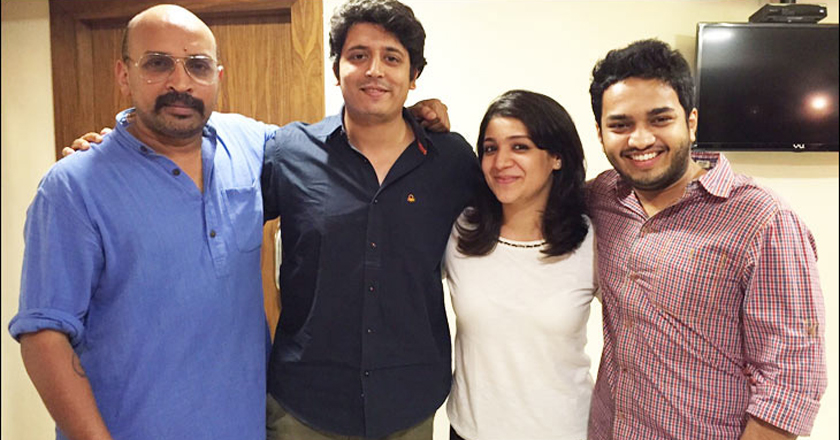 With the ICC Cricket World Cup 2015 at the half way stage, the cricket crazy country of India has been wildly hit by the #MaukaMauka mania.

Now, the cricket matches for the nation are not just about victory or defeat, but with every upcoming match the Indian fans await the release of a new fool-proof “Maukery” in Star Sport’s spoof video advertisements.

These “stroke of genius” adverts have spared none of the Indian cricket rivals. From Pakistan to West Indies and UAE to South Africa, the Mauka campaign has featured every team with the motto “Sab Ki Phodenge”.

The six month old production house “Bubblewrap Films” are the Mauka Masterminds of the campaign.

While usually it takes almost a month to make a mind-blowing marketing promotion, Bubblewrap films did it in just a matter of five days.

With ideas flowing from Star Sport’s team member Mustafa Rangwala and the directorial expertise of Suresh Triveni, the production house hit the first nail on the head with the release of the India vs. Pakistan Mauka video.

While the video reached to heights of popularity and mounted views up to 2.3 million within 3 weeks, Team Bubblewrap geared up to produced more of satirical sequels of the Mauqa Movement.

Even the “Mauqa Mauqa” tune was drafted in a mere day’s time.

With Vikas Dubey from the Star team as the lyricist, the freelancer duo of Vinayak Salvi and Rohan Utpat as music directors  along the deep-voiced Alamgir Khan from Chandigarh as the Sufi vocalist, the music team came together to inculcate the Qawalli chants of “Mauqa Mauqa” in the jingle.

“The word has become like a chant now. It’s just one word which is sung in different tempos. Once the track picked up, we made it like a tagline for the campaign – the alaapi mauka. It’s similar to the way we tease someone by repeating just one word,” says the music director Utpat in an interview to an Indian website.

The brief’s form Star Sports land with just a day’s notice and the Bubblewrap Team put their heads together to tackle the deadline. Meanwhile, the short-time doesn’t compromise on the completion of the adverts which ensure extensive execution and decisive detailing of every shot.

“Even I don’t know what I am going to shoot this week. You can’t say who we are going to play against in quarter-finals. That is where the in-house brain of Star comes in,” the direct Suresh Triveni explains

The back-to-back Mauqa videos have given birth to a plethora of response videos, some of them getting more popular to the real Mauqa mockeries themselves.

“Why would anyone stop any of these from happening? Take the incredible spot by TVF. ‘Mauka Mauka’ is spreading through response videos, jokes, t-shirts, etc. It only strengthens the core thought of cricket,” mentions Triveni.

From statuses to SMS, memes to tweets; social media seems to have flooded with #WontGiveItBack or#MaukaMauka posts. Some critics have already declared Star Sports as the Winner of the Cricket Tournament.

It is apparent that even after the ICC World Cup Ends, the popularity of the Mauqa series will not die, keeping it alive for a long, long time.