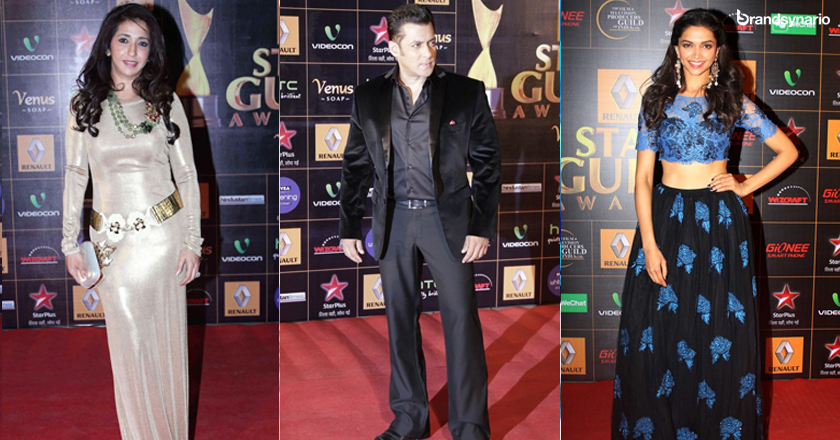 The first Bollywood awards for the year are out with the Aamir Khan blockbuster PK taking most of the awards home. The 10th Renault Star Guild Awards 2015 were held at Reliance Mediaworks in Film City, Mumbai yesterday. The award ceremony was hosted by Kapil Sharma, of the Comedy Nights with Kapil fame, and was lit up by sizzling performances by Alia Bhatt, Priyanka Chopra and Jacqueline Fernandes.

Another movie that received much deserved awards in more than one category was Kangana Renaut starrer Queen. Bang Bang, one of the costliest Bollywood movie, was acknowledged for its choreography, while the over-hyped Happy New Year received the award for Best VFX only. Ritesh Deshmukh won the award for Best Negative role for his debut villainous performance in Ek Villain.

The rising star Alia Bhatt walked away with Gionee Most Stylish Youth Icon Award while Deepika Padukone once again bagged the Entertainer of the Year award for her movies, Finding Fanny and Happy New Year.

The start studded evening presented Rakesh Roshan with a Lifetime Achievement Award for his work and years dedicated to the Bollywood film industry. Ravi Chopra, the film maker was given a tribute by the legendary Amitabh Bachchan while Akshay Kumar acknowledged 60 years of Nadiadwala grandson production.

Here is the complete list of winners for the Star Guild Awards 2015:

Hindustan Times Celebrity for a cause: Priyanka Chopra