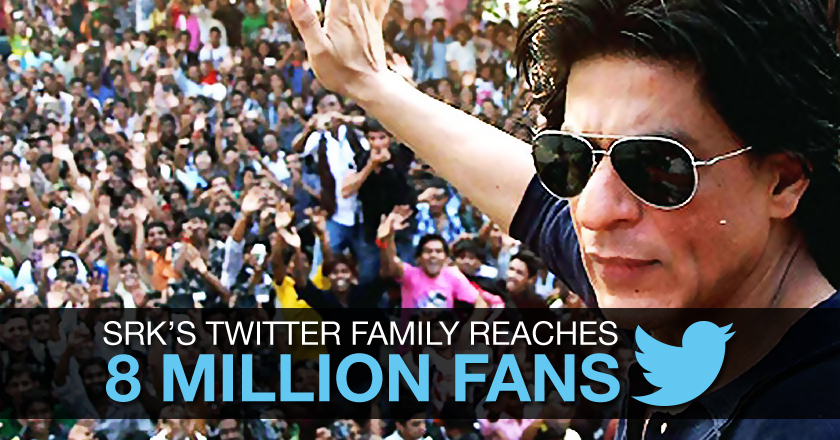 Shah Rukh joined the online website in 2010, and his new benchmark has now exceeded the followers of his contemporaries,  Aamir Khan (7.17 million) and Salman Khan (7.18 million).

Shah Rukh Khan, recently named the second richest actor and then voted as the most admired father in India, has proved again that he is not only Bollywood’s badshah but also the king of social media.

King Khan updates his fans through his Twitter account @iamsrk about his movie shoots, his experiences, and also things about his kids Aryan, Suhana and AbRam.

To thank his fans Bollywood Badshah tweeted on Tuesday, “They say that the heart beats & you can hear it, that’s Biology. But what is the song I hear with the beat? I believe it’s all if u. Thanks 8 Million,”

As soon as he touched the eight million mark, Twitter got flooded with congratulatory messages for the actor. And since then #SRK8Million has started trending on Twitter.