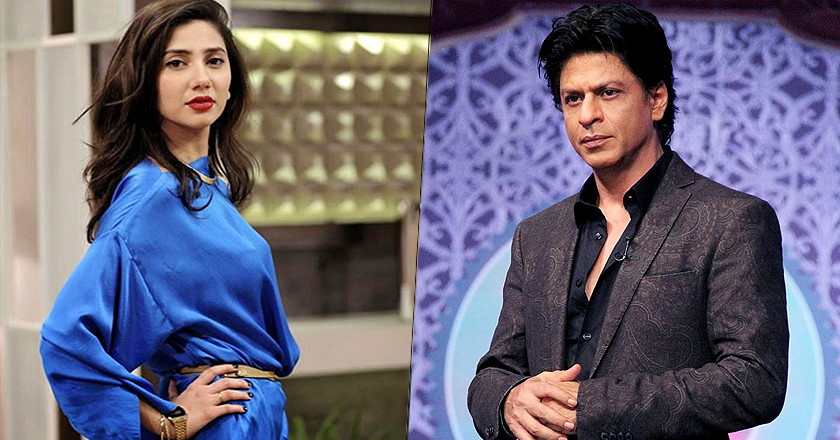 While we truly can not wait for our pretty Pakistani starlet Mahira Khan to dazzle alongside King Khan in her Bollywood debut Raees, SRK has spiced up our insatiable cravings to witness both the Khans a notch further.  In a doting tweet to the Humsafar Haseena, he commented that they will look good as a pair in the movie.

The super charming remark to Mahira resulted after her gushing tweet on the viral monochrome photograph of Shahrukh and Kajol from their upcoming movie Dilwale.

Check out their high-on-chemistry image, as tweeted by Khan.

The Pakistani starlet was awestruck by the beauty of the captured moment and tweeted:

Of course, the B-town’s Don could not resist replying Mahira and assured her that they too will be magical as an on-screen couple.

@TheMahiraKhan just saw your tweet. ‘Uff’ we will look good in Raees too. Hope all is well with you and family.

And Mahira replied to him in equal sweetness!

@iamsrk Uff, taking your word for it Gaangstakhan! All is well, hope you and family are well too. — Mahira Khan (@TheMahiraKhan) October 9, 2015

While both the celebrities have just wrapped up shooting for Raees, the movie will greet the cinemas in India and Pakistan on Eid 2016. Watch the teaser of Raees here.  [fb_embed_post href=”https://www.facebook.com/Raees.MoviePage/videos/372999929565664//” width=”550″/] Khan’s classy cold-blooded and authoritative, thug look is making us even more eager to catch a look at the avatar of our very own Mahira who is playing the role of SRK’s wife in the film. Stay tuned to Brandsynario for more scoop on Raees.