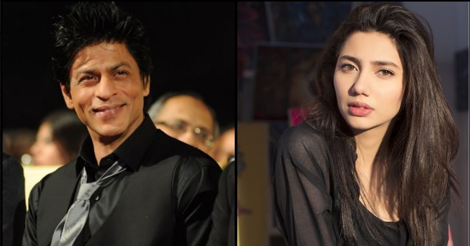 UPDATE: The fans were anxiously waiting to hear what the ‘King Khan’ had to say about his experience working with the Pakistani actress of Humsafar fame, Mahira Khan in the upcoming Bollywood movie, Raees. It does seem like Mahira Khan has left her mark on SRK since he agreed that he has been missing Mahira after the shooting wrapped.

“First, I’ll talk professionally. Mahira is a really fine actor. And she’s very different. She’s very quiet. A Hindi film is a world in itself and she’s fortunate to have come in a film like Raees, which is still a little more realistic than the likes of Dilwale or Happy New Year,” King Khan told Instep. SRK couldn’t help but praise Mahira, “What’s nice about her is that she’s so unassuming. She’s such a big star but she’s very unassuming on the set and she’s ready to adapt to the situation, which is very interesting. The bigger the star you are, the more nervous you get; I still get very nervous. I hide my nervousness with my flamboyance. But Mahira’s really, really nice as an actor.”

Shah Rukh Khan and Mahira Khan starrer Raees is all the rage on social media. Directed by Rahul Dholakia, the movie is one of the most hyped releases of the year 2016.

All set to hit the theaters on Eid this year, the movie’s star-studded cast includes SRK, Mahira Khan and Nawazuddin Siddiqui in the lead roles. On Wednesday, SRK shared an emotional message to announce the end of Raees’ shoot.

Sharing his feelings on Twitter, SRK said, “miss the laughs, intensity and the kohl.”

Finished Raees. Maybe a bit of patchwork left if any. Will miss the laughs…the intensity & the kohl. Thx to the sweetest unit ever. Lov u

@iamsrk I'm the patch work 😉 rest and relax if you can G! Love.

The casual banter between two superstars is a dream come true from Pakistani and Indian fans.

Set in the 80’s in the city of Ahmedabad, Raees will feature the Humsafar Queen romancing the Baazigar Khan in the movie, playing the role of his wife in the film while SRK will be seen as a Gujrati Gangster. The movie also stars Nawazuddin Siddiqui as a cop in the tale.