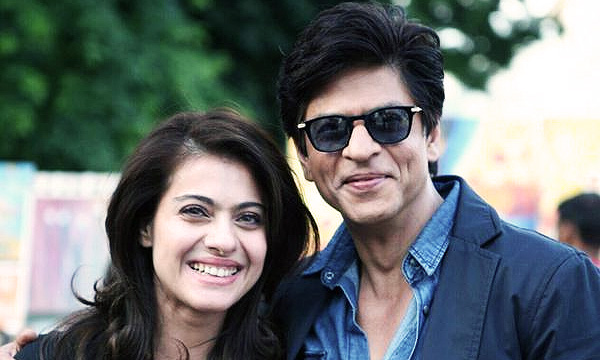 Shah Rukh Khan and Kajol, the iconic bollywood on-screen couple, will be giving their fans a sweet surprise this year. We will be witnessing the DDLJ couple’s magical chemistry on screen in Rohit Shetty’s upcoming romantic hit Dilwale.

Check out the newly released posters of the movie shared by SRK on Twitter.

The shooting of the film is currently taking place in Bulgaria, have a look at some of the pictures from the shoot:

Got myself a hat & Kajol a malmal (cloth) to thank Rohit & Team for an awesome shoot & checked if the magic continues pic.twitter.com/aAKuHgSjdJ Back in front of the camera with an old friend after a very long time. You might know him. @iamsrk pic.twitter.com/CwGtOHXYHQ — Kajol (@KajolAtUN) June 13, 2015

“Count ur age by friends, not years. Count ur life by smiles, not tears.”Lennon. By that maxim this team is ageless. pic.twitter.com/nJ8GVvsjnf — Shah Rukh Khan (@iamsrk) June 12, 2015

Just like old times, the on-screen couple will melt our hearts – rejuvenating an experience for their fans like never before.

The film is expected to release on 18th December 2015.