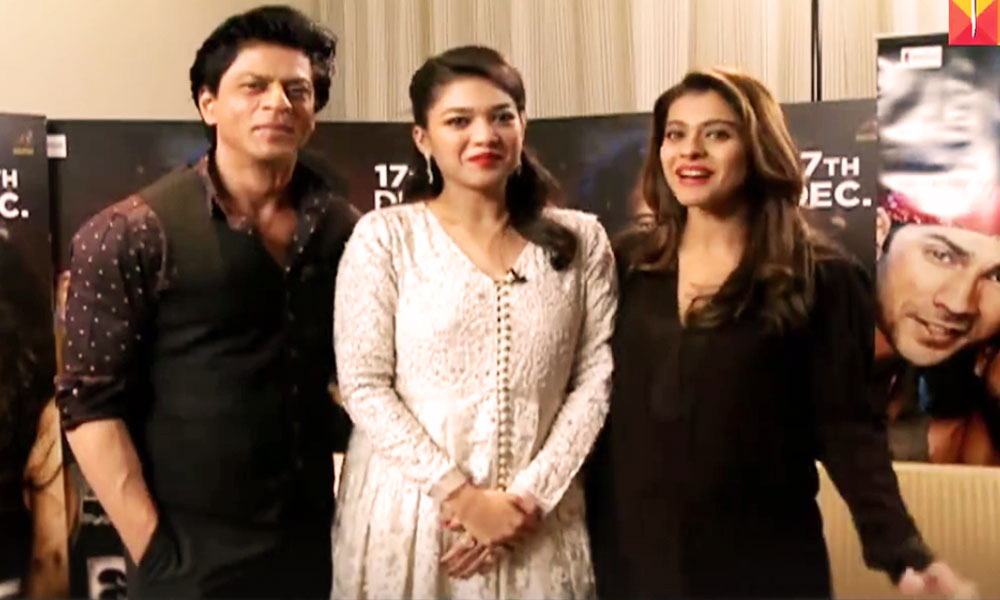 Isn’t this exciting? The King of Bollywood, Shah Rukh Khan has grabbed every opportunity to promote his much-awaited upcoming Bollywood flick, Dilwale. Previously sending out a video message to his Pakistani fans, the actor is all set to appear in Sanam Jung’s Morning show, Jago Pakistan Jago alongside his gorgeous co-star, Kajol.

The reason why the duo has selected Hum TV for Dilwale’s promotions is because Hum Films is to distribute the movie in Pakistan.

A hum TV source confirmed the news saying, “Yes, it’s happening! It’s confirmed. Sanam will host SRK and Kajol on her morning show for the promotion of Dilwale. The show will be recorded in Dubai on either Saturday or Sunday.”

However, it seems the fans would have to wait a little while longer as the morning show episode will be aired on December 17th.

Here’s SRK tweet about flying to Dubai for the show.

It appears that SRK will be donning an apparel by Amir Adnan in the morning show while Kajol will be wearing a gorgeous red attire by FnkAsia.

King Khan will wear an Amir Adnan creation on the show while Kajol will adorn a red gown by FnkAsia!

Previously, SRK released a short video clip to promote the movie to his Pakistani fans, sending salaams  and informing the release date.

Directed by Rohit Shetty, the flick also features Varun Dhawan and Kriti Sanon. The movie is slated to release on December 18th, both in India and Pakistan.

It is reported that even Shahista Lodhi has reached Dubai! She hosts a morning show of her own o Hum Sitaray. Is she up to something too? These tweets sure reveal so! Have a look;

Sahir Lodhi AKA the Pakistani Shah Rukh Khan posted a picture with the hero himself!

We sure can’t wait for this show to air, can you?