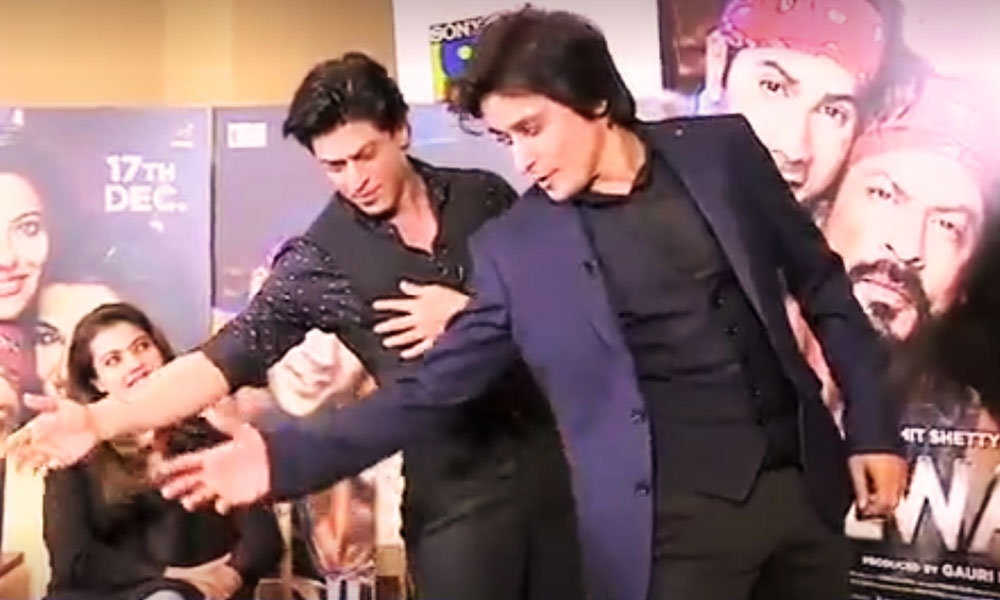 The social media is abuzz with the recent Dilwale promotions by HUM TV network! Morning show hosts for HUM TV, Sanam Jung and Shaista Lodhi flew to Dubai to interview Bollywood legends, King Khan and Kajol for the much-hyped upcoming movie, Dilwale and therefore, Sahir Lodhi too decided to get back in the spotlight again.

The once-popular TV show host Sahir Lodhi has not been in the headlines for a while now; however he managed to step right back into the game when he interviewed Kajol and SRK for his morning show ‘Subah Saverey Samaa K Saath’.

The Pakistani TV host has made a grand comeback; his selfie with the King of Bollywood went viral on social media. Have a look!

We all know there is a certain resemblance between Sahir Lodhi and the Bollywood megastar Shah Rukh Khan. Here is a promo of the special interview episode of Subah Saverey Samaa K Saath, to be aired on 17th December on Samaa TV.

Here are a few on-set pictures of Sahir Lodhi with the Bollywood megastars.

The rendezvous in Dubai between Sahir and Shah Rukh Khan went quite well, we think! Directed by Rohit Shetty, the flick also features Varun Dhawan and Kriti Sanon. The movie is slated to release on December 18th, both in India and Pakistan.

Both did a classic SRK open-arms-pose on the show as well.