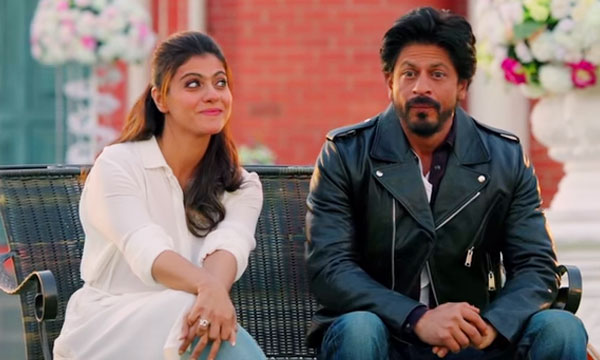 Shahrukh Khan has officially shared the trailer for his most anticipated Bollywood film “Dilwale.” Take a look at this video which introduces the movie featuring Shahrukh Khan and Kajol discussing the old times and their classic movie, Dilwale Dulhania Le Jayenge which turns 20 years old today.

The movie DDLJ is the longest running film in Indian cinema and was released for the first time on October 20, 1995. Watch the two co-stars Shahrukh Khan and Kajol hop on to their memory trains and discuss their movie’s journey together.

Scripted and directed by Aditya Chopra and produced by Yash Chopra, the cinematic venture Dilwale is a tribute to the classic DDLJ. Slated to be released on 18th December, it is a must-watch for all SRK fans as well as Bollywood lovers.

Stay tuned to Brandsynario for further details and updates about the movie!