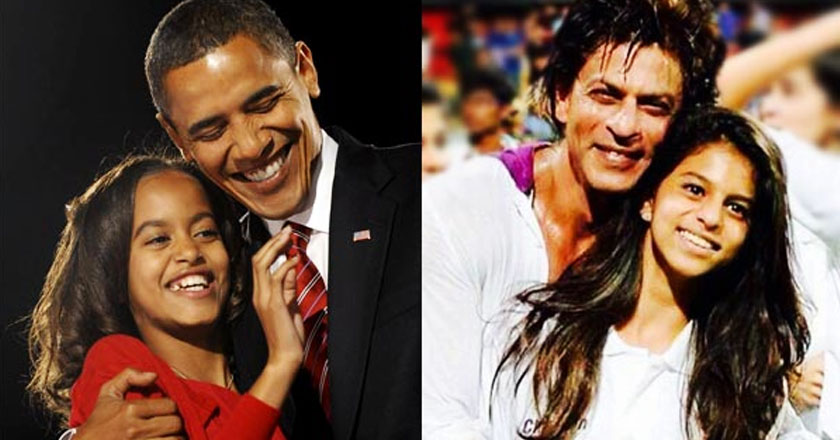 Father’s Day is just around the corner and to celebrate the dads’ day, a popular matrimony website Shaadi.com conducted an online survey with over 5,500 respondents to find out the most popular father.

According to the survey American President barack Obama and Bollywood actor Shah Rukh Khan appeared as the most admired dads.

Father of three kids, King Khan received 42.5 percent of the votes as ‘India’s Most Popular Father‘, followed by Sachin Tendulkar, who got 36.9 percent votes and Bollywood megastar Amitabh Bachchan, who received 20.6 percent votes.

The famous fathers of other nationalities were also voted by the women and according to the results 40.3 percent of them voted for Obama. The second most admired father was Will Smith by 31.4 percent of votes and then the former football ace David Beckham with 15.2 percent votes.