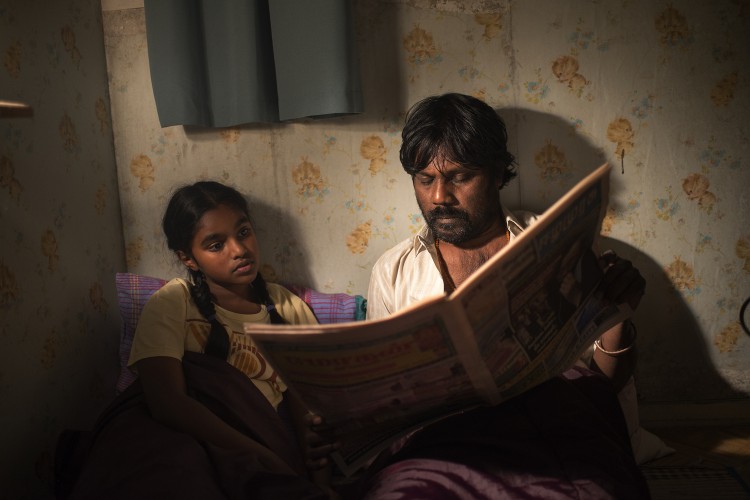 Cannes’ Palme d’Or winning film “Dheepan” is heading towards release in the US and UK in the next few months, and an English-subtitled trailer lays out its potent story of fight and flight.

Arriving in Europe after escaping service as one of Sri Lanka’s Tamil Tigers, Dheepan and his makeshift family finally settle in a suburb of Paris. But Dheepan’s new job as a tower block janitor hardly makes for peaceful living when he gets drawn into the rough estate’s violence.

French director Jacques Audiard received the Palme d’Or at the Cannes International Film Festival in May 2015, while the film is in the running for a total of nine accolades at the César Awards on February 26, including Best Actor for its lead, Antonythasan Jesuthasan.